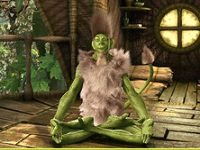 Okay I’ll admit it, when I first saw the title of this game I thought I was reviewing a crosswords game. Boy was I surprised, because it’s not about crosswords at all! Instead it’s a story of a daughter attempting to search for her lost father. Best crossword yet?

CrossWorlds puts you in the shoes of Monika who together with her father managed to build a teleporter. Against her wishes, Professor Dumbdore (really?… – ed.) tested the device out for himself.

With little knowledge of what has happened, you are immediately thrown into the action. It would have been nice if you started the game completely unaware of the teleporter, as it’s kind of a plot spoiler right from the outset, however the mystery is enthralling enough for you to carry on. 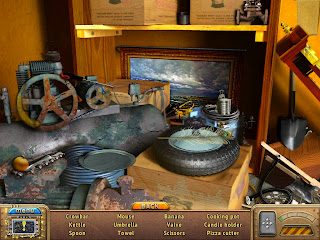 CrossWorlds the Flying City is essentially a point and click game, with a heavy dash of everyone’s favourite ultra-casual genre, the hidden object game. Moving around from room to room, you are confronted by a variety of puzzles. The puzzles themselves are rather hit and miss. For the large majority though, you will be playing hidden object games.

Given a list you are to seek out all objects in order to progress. You have the ability to zoom in, though it does make things a little bit pixely. Now, when it comes to these types of games, I get bored pretty quickly, so it didn’t take me long to just start tapping away until I picked up all of the items. With many games in the genre I normally wouldn’t do that as there is usually some penalty for mindlessly tapping but here there isn’t. And there isn’t a reward for completing the puzzles in the fastest time either.

For those who enjoy some actual difficulty, there are some mind-bending puzzles amidst the many object finding ones. Though compared to the object finding games they are quite limited which is a real shame. Overall the scenario in CrossWorlds is as derivative as the genre gets; go to objective A. Find item B and 11 other items. Go to objective B… and so on. The formula wasn’t interesting enough to keep me hooked for a long time. 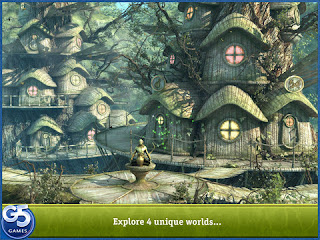 If it weren’t for the story and the visual style of this game I would have put it down very quickly. The life-less environments are a lovely hybrid between digital and real life images. The music reflects the mystery that surrounds the story, with its gentile synthesized sounds quite smoothing to the ears.

Both the visuals and the audio work wonders for the premise of an unknown, that is, the mystery of your father. It’s a shame that the object finding games heavily dominate because the story is just begging to be answered. I couldn’t find myself willingly want to complete it though.

Perhaps if there were some real consequence to not completing the puzzles perfectly the game would be better off. CrossWorlds could have been a great handheld experience and perfect for pick up and play action. But those issues severely impact my experience and enjoyment.