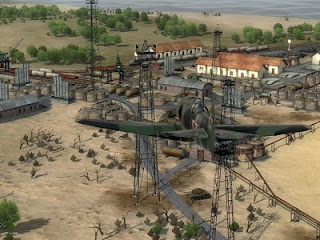 It’s taken me a while, but I’ve realised this generation that I like military flight simulators – moreso than the FPS genre. From the arcade thrills of the rather brilliant Ace Combat on the 3DS through to the intelligent, explosive action of Birds of Steel, the freedom of movement from being in the air adds tactical depth to the gunplay. Dodging and diving through a hail of bullets to drop the perfectly-timed bomb on an enemy fleet is a thrill no FPS can recreate.

So I came to the grammatically-shaky Air Conflicts: Secret Wars with a fair dose of enthusiasm. I hadn’t heard anything about this project before it hit the PSN (it’s been on PC for over a year now), and so I was all set up to have what I thought was going to be a quiet week of gaming turned around.

I was disappointed from the outset from the production values, it has to be said. The title was one thing; but some of the in-game text in the game itself was translated very, very poorly. The visuals, too, were also nowhere near the refinement found in a game like Birds of Steel. Where that game rendered picturesque scenery with brilliantly animated water and detailed landscapes, Air Conflicts looked positively bland, with nothing more than serviceable environments and basic water effects. It wasn’t an ugly or aesthetically broken game, it’s just comparatively dull. Compounding that, the voice acting was weak – and this all happens before the gameplay even starts. That first impression I had with this game, then, was very disappointing. 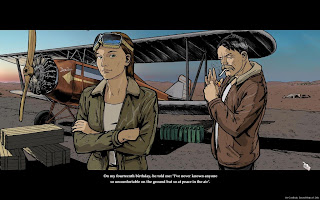 But then the game itself started, and my opinion about-faced 180 degrees. Where most of the other military flight sims ramp up the difficulty with bigger swarms of enemy planes and situations where the odds are increasingly stacked against the player, the missions themselves tend to follow a reasonably safe structure of dogfighting and bombing ground targets. Done well that remains thrilling from start to finish, but I would argue variation is not these games’ strong points.

Air Conflicts does a far better job of building some variation into the game. As the lead character is first and foremost a smuggler, many of the missions require the players to be stealthy – remain out of the viewing range of the enemy planes while moving from objective to objective. “How do you do that when the plane can’t exactly stop and wait for the enemy plane to complete its patrol?” you ask? Well, that’s part of the challenge and strategy of the game – and I can honestly say that a stealth game where I couldn’t stop and wait was a first for me. 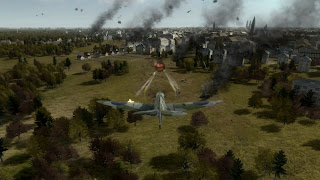 Search-and-destroy is the other fresh addition to the flight combat game. Some levels have you trying to track down a point of interest, and it’s a matter of you following the hints left on the radar to find the proverbial X. When the two elements come together – trying to find an enemy stronghold while remaining out of the enemy radars, for instance – it becomes clear that this is a flight combat sim that has some loftier intentions.

It’s possible that the developers didn’t take the concept as far as they could have, but it’s still a compelling enough proposition. When the traditional stuff – i.e the gunplay – starts, the budget constraints of the game kick in, but it’s still fun enough. Having worked my way through the steep learning curve of Birds of Steel, to have the controls narrowed down to an arcade interpretation feels like a step backwards, in terms of the sense of reward I feel when taking down the bogies. On the other hand, the action in no way compares to the vibrant high energy of an Ace Combat game.

In the end, Air Conflicts reminds is that it is a budget game. It’s a forgivable, entertaining one, and it’s easy to recommend to anyone who enjoys the genre, but for the less familiar with the genre: this is not AAA-grade, and there are better introductions out there for you.