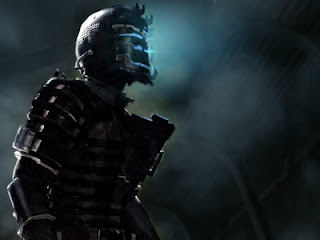 Dead Space was one of the new, quality experiences of 2008. Whether you agree with that statement or not, the list of awards from websites and events ranging from IGN to the BAFTA Game Awards definitely showed that Dead Space was not just another game that could be swept under the rug. A sequel was released on January 15th of 2011 to a divided fandom. Other than the horrible marketing campaign that pandered to 15 year-olds despite the game being rated for those of 18 years or older, some fans thought the game ditched the elements which made the first game truly scary while others did not mind the few changes. Whichever side of the fence you reside on, the game went on to sell little over two million copies, making itself a success. Since the general rule of thumb is for entertainment companies to keep pushing sequels, Dead Space 3 is planned released sometime in February of 2013. However, EA is expecting more sales than a small two million.

In an interview with ComputerAndVideoGames.com, EA Labels president Frank Gibeau stated that 5 million copies of Dead Space 3 needed to fly off the shelves before EA would heavily consider investing in another game in the series. “…Ultimately you need to get to audience sizes of around five million to really continue to invest in an IP like Dead Space. Anything less than that and it becomes quite difficult financially given how expensive it is to make games and market them,” are the exact words that Gibeau said.

The quote originated in an interview when Frank Gibeau was asked how the Dead Space series has evolved since its debut in 2008. Other than including the tid-bit about needing 5 million sales for further investment in the series, Gibeau also discussed how EA is trying to steer Dead Space into a situation where it is more broadly appealing. Just like the first-person shooter Syndicate reboot, EA is also defending the decision to change Dead Space 3 and move it away from the original, “One Man Versus The Horrors,” route by adding co-op and more action. “…One of the insights that producer Steve Papoutsis had was that when you go to see a horror movie it’s always more fun to go with somebody else. It’s more fun to be scared together than by yourself. So we embraced that idea and we tried to open up the accessibility of the IP a little bit by adding a little bit more action,” said Gibeau.

However, Frank Gibeau promises disappointed fans that EA will be releasing new media that shows Dead Space has not forgotten its roots as a survival horror game. “We’re going to be releasing more assets over the coming months that show you how deep the horror is. It’s definitely not getting away from gore or horror, but at the same time it’s opening up to a larger audience by adding some elements,” are Gibeaus words.

Personally I’m very upset about this. While I don’t care about the Dead Space franchise, the fact that EA is fundamentally changing a game despite it being a proven success is really bothering me. It’s been highly suggested that EA spends more money on advertising then actually producing the game (see the last paragraph), and this looks like another victim of the sad fate of mandatory change because of ridiculous marketing budgets.

The weekend discussion: “What are you playing this weekend?”