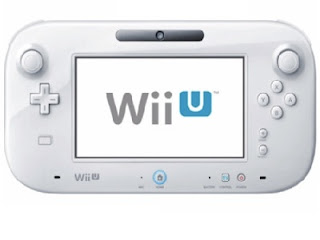 While Nintendo’s E3 conference earlier today showed most of the features of the Wii U Game Pad, some functions were exempt from Nintendo’s demonstration video or simply announced following the event. We’ll take you through what we know so far, including the old and new.

The screen is a 6.2″ resistive touch screen, but functions with both fingertips and the stylus.

Buttons include the standard D-Pad, dual analog sticks, A/B/X/Y buttons, left and right bumpers and triggers, and the start and select buttons. There’s also a volume control at the top of the device.

The top of the device features an infrared transceiver that can communicate with the television itself or with accessories. There’s also a camera for video chat and a slot for charging the remote like the PS3’s DualShock 3.

The bottom half features the Home button (which allows you to suspend your games and communicate with friends in Miiverse), the TV control button (which can be used while the system is off), the power button, the microphone, two speakers, and the battery life indicator. A port at the bottom of the device will allow for add-ons to be hooked up to the controller.

Features you’re likely to forget since you can’t see them include the accelorometer, rumble, and gyroscope. That sticker near the bottom left corner supports near-field communication (NFC). 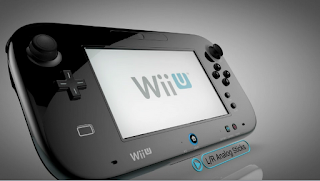 The Wii U console can support up to two Game Pads at a time despite some incorrect claims prior to today. This was also glossed over at Nintendo’s press conference, but there are important new details to note. The controllers will not function as well when there are two pads running; the frame rate will see a reduction to approximately 30 frames per second when there are two controllers streaming information from the console. However, it will take a mere button press to turn off the second controller and restore the 60 frame per second to the primary user.

The Game Pad has an approximate battery life very similar to the 3DS, spanning three to five hours depending on the touch screen’s brightness settings. It will take approximately two and a half hours to charge the Game Pad to its full capacity, though it can still be operated while charging.

You can also check out the trailer below that Nintendo added to its official YouTube channel. It does not feature all the details listed here, but provides a thorough explanation of its functionality.