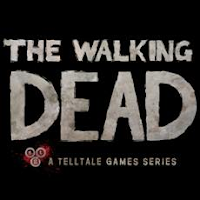 The Walking Dead can seemingly do no wrong as the new episodic game from Telltale has garnered one million downloads in just over two weeks.

Dead creator Robert Kirkman must be a very happy camper these days. Hit TV show, monster fan fave comic book, and now million selling video game. All that and (maybe his biggest accomplishment) he’s managed to keep zombies interesting! Dan Connors, CEO of Telltale Games? He may not be an award winning creator and scribe, but he’s smiling too.

“Premiering The Walking Dead game series to record numbers across so many diverse platforms is a tremendous achievement that shows the value of bringing strong storytelling and game play together,” said Dan Connors, CEO of Telltale Games, Inc.  “The tailored narrative design puts gamers in control of their own story within the universe of The Walking Dead in a way that appeals equally to hardcore gamers and to more casual gamers who are fans of the franchise.  The most exciting aspect of getting off to such a great start is that this is just the beginning of the five episode series. The Walking Dead fans are going to experience some really great moments in the months ahead that are uniquely influenced by the choices they make throughout the season.”

A New Day (available now on XBLA, PSN, Mac and PC) is part one of the five part ‘season’ and is a side story to the main fiction that fans know from the books/series. It tells the tale of a former convict on the run and with a young girl in tow. Lee Everett finds himself in a horror movie come to life as the dead have risen and once again stalk the Earth.

Stay tuned- episode two of the game, Starved for Help, debuts this June on all platforms. Mobile fan?  An iOS version of the game (which’ll start off at the top with the first ep.) should be along soonish as well.