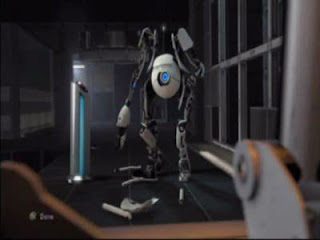 Remember Portal 2? Not only did it receive more than 15 perfect scores (including one from our own Matt Sainsbury), but it also won numerous Game-Of-The-Year awards from an enormous amount of sites. While universally praised for its characters and story, the puzzles in the single-player campaign were the arguably the weakest part of the game. Valve, the creators of the Portal 2, want to alleviate this problem with a free update that will be released for Steam on May 8th.

The update, which is dubbed the “Perpetual Testing Initiative”, includes a level editor which will allow any Portal 2 owner to quickly create a level, test it, and publish it all within the game itself. Don’t worry, Source Engine fans; the Portal 2 SDK will still be present after the update, it just won’t be the only way for a Portal 2 player to create their own test chambers. The update will also add Steam Workshop support for Portal 2, which is where users will upload their custom levels along with community-made models for Team Fortress 2 and Skyrim’s inevitable “Naughty Bits” texture pack weapon mods, AI reconfigurations, and updated armor textures. Below is the announcement video, narrated by the ever-so-charismatic Cave Johnson.

However, it appears that a Reddit user got his hands on the update early and decided to play around with the level editor to create a simple level along with checking out the community features. Below is a copy of the video (apparently the original was taken down);

Personally I’m hugely excited for this update. While I loved surfing the Internet for any custom levels for the original Portal, there were some complications in the process; installing new levels was a slight pain and there was no way to filter out the quality levels from the mediocre ones. The Steam Workshop integration seems to remove those problems and bring along an easy way to share and experience custom works of portal-powered genius.
Share this

Trailer: Call Of Duty: Black Ops 2 is a thing