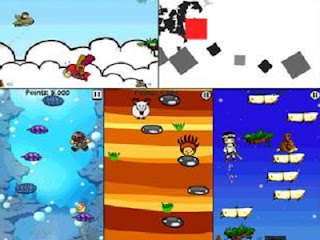 User generated content is not a new concept in videogames, but it’s something that has remained popular for a while now, with Little Big Planet obviously being the one all aspire to.

Rarely has these games allowed people the opportunity for users to make real money from their creations, but that’s precisely what Sketch Nation promised iPhone and iPad users. Come up with something amazing, and Sketch Nation will submit it to Apple. If it gets through the approval process you’ll get half of the $0.99 price that it will be sold for as a standalone application.

Sounds like a great deal, right? The software handles all the “coding,” and the team behind the software handles Apple’s submission process. All the user needs to be creative. Well, it would be if the software was more versatile. I’m told that there updates on the way, but until that happens I just can’t see anyone making a game that anyone will want to buy on the App store. 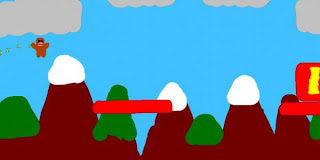 The problem starts in the range of games that are possible through this software. It’s possible to create a Doodle Jump clone, a Canabalt clone, or a Jetpack Joyride clone. You’re limited to a very basic, vanilla version of those styles of game, but with no access to code to put a personal stamp on the gameplay itself it’s almost impossible to come up with something that’s going to stand out from the pack. The engine itself runs fine in execution, so if you’re into vanilla Doodle Jump clones, you’re not going to be disappointed by what you can make here.

In terms of what you will be creating, it’s the art assets for the games. Characters and the obstacles they encounter are entirely your domain, and some simple-but-effective art tools enable the imagination to run loose. It’s even possible to create the art elsewhere, import it to the iPad photo library and then upload it to the game via the software. To create the kind of game that has a hope of getting onto the iPad app store, that’s exactly what you’ll have to do. 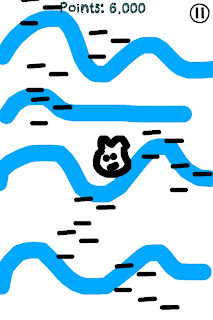 After that it’s a matter of tweaking a few settings and you’re ready to play the game. The positive side to the simplicity is that it allows a game to be made in just a few minutes once the art is ready, and the menu system that the software uses is intuitive.

Completed games can be uploaded to the in-app community download portal, where others can download for a virtual currency. It’s also possible to upload your art work for others to download and use in their own games, and that earns you the virtual currency to download other player’s games and art assets (it’s also possible to use in-app purchases to gain the currency). If you’d like to take a crack at getting the game up on the Apple App store as a separate app, there’s a different menu to that.

There’s already a reasonable range of games available for download, and the app itself is free to download. It’s worth a look because there’s some potential there for people to create fun games, but I wouldn’t buy into the idea of making money from this just yet. It needs some updating first.

Call of Duty: The hype train kicks off; May 1 announcement