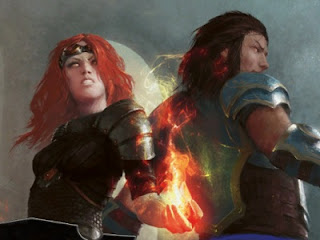 Magic the Gathering: Duals of the Planeswalkers is a series that has been pretty popular in recent years. Focusing on a more “arcade” experience of the game, you don’t build decks so much as play online with preconstructed decks of cards.

While this removes some of the strategy from the game, there’s still plenty of meat to those game’s bones, (check out our review of last year’s game for more information). For the first time, the series is also going to come to the iPad.

And fingers crossed Wizards follows that up with an iPad portal to play its Magic the Gathering Online through. That would be amazing.