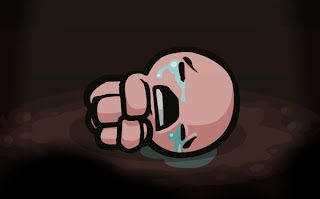 I apologise in advance that this following piece is going to be a bit of light academic discussion (I hope it provokes some conversation in the comments!), but I do believe that if games are going to be taken seriously as art, then they should be treated as such, and analysed as such.

With that setting the context, I believe Nintendo is being grossly irresponsible in blocking Binding of Isaac from release through its download portal. That act of censorship due to “questionable themes” damages the very idea that games can be art, when one important expression of art is transgression.

Binding of Isaac is quite clearly an example of transgressive art: it exists in no small part because it wants to shock its players, and in doing so, encourage them to think about the game, and indeed why they are offended. And yes, for some people it will be offensive.

Theories around transgression and art can largely be attributed to Georges Bataille and Michael Foucault, and to greatly paraphrase them; if taboos aren’t broken, then the taboos can’t be affirmed by society, and progress cannot be made. Without pushing the limits of good taste society cannot determine what good taste is.

As transgressive art, Binding of Isaac is also part of a broader art movement. One that extends into cinema, literature, sculpture and painting. The difference is that the censorship of the art is far, far more extensive in the video game medium, and it’s completely inappropriate for Nintendo to be doing it. 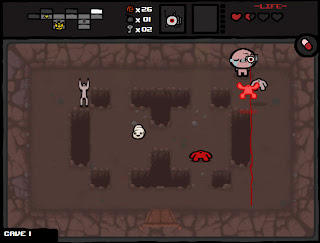 Nintendo is one of the three major, mainstream gaming companies. Gaming, in turn, is now if not the dominant entertainment medium, close to it. Call of Duty, for instance, is now able to outsell movies and books, and did so with the last instalment, which set an all-time record for first five-day sales with $650 million globally.

As a dominant entertainment medium, the videogame industry needs to take a leadership role in furthering art, and as a dominant player within that medium, Nintendo needs to be responsible – yes in terms of making sure individuals aren’t exposed to material they don’t want to be – but also to give people the opportunity to engage with genuine artworks.

And transgressive art might be controversial, but it’s still art.

Of course, the games industry is slightly different in that there is this expectation that the big three players will moderate things, even steralise them, so that the user experience is “safe” for everyone. But, bookstores stock the work of Marquis de Sade despite the potential that it will end up in a child’s hands. Movie cinemas continue to play adult-only, shocking material. Transgressive art exhibitions happen all over the planet, constantly. Yes the retailer and parents need to take measures to protect the children, but it is not the responsibility of the company that prints the books or the DVD player manufacturers to take the power onto themselves. Likewise it should not be Nintendo’s role to prevent people from accessing art – that’s the job of the classifications board and parents.

To do otherwise is to stunt the growth of the games industry as an artistic medium.