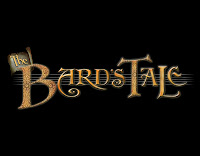 Here’s an important question for you- do you own The Bards’s Tale on iOS? If so, have we got some good news for you.

The Bard’s Tale, featuring the voice of Cary Elwes, was a decent sized hit when it launched on consoles in 2004. It’s been an even bigger success since a near perfect port of the game landed on the App Store.

Now, fans of the action/RPG have even more to be excited about since developer inXile has announced that they will be releasing a series of three updates to the program. Each one of these downloads will add a classic ‘Bard’ game, completely for free, to the base App.

“The biggest request we have had from Bard’s Tale players is the
ability to play the original 3 games that became so popular. Now the
iOS version has ‘one game to rule them all and one game to bind them’
as we incorporate all of the games into just one package,” said Brian
Fargo, of inXile Entertainment. “We could not have been more pleased
with the feedback and sales of our game on iOS and are happy we can
give away the original games for people to experience. We will
release each of the original games monthly starting today.”

Awesomenauts to storm XBLA and PSN