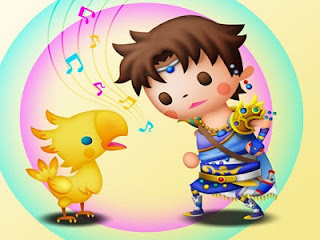 Nintendo has finally relented, and developers are now allowed to sell DLC for their games through the 3DS eShop.

The first DLC-enabled game off the shelf? Square Enix’s rhythm game, Theatrhythm Final Fantasy. The Japanese publisher has some big plans for DLC in this game, but the bad news first: it’s expensive.

Each DLC music track will cost about $US2 each, and new music is slated for release every two to three weeks. There’s also eight tracks that will be available for download on day one:

Of course, if you consider music on iTunes is $1, and for that extra dollar you get a game ‘level’ wrapped around the track, the pricing doesn’t seem too unreasonable. The longevity that DLC could add to this game is incredible, too.

Square Enix should clean up, too, because after all, who doesn’t like 99 per cent of the Final Fantasy series music?