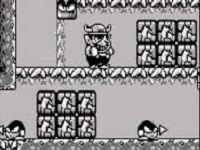 Back when I was a young ‘un, Wario Land: Super Mario Land 3 was, if not my favourite platformer, my favourite game overall. It’s still a damned fine game.

Before Wario games became over-the-top exploration/ puzzle games, Wario Land was a strange kind of mix between those later franchise elements, and a more traditional Mario platformer. There’s tight jumps here and levels are largely linear. There’s traditional pickups that are found by whacking a nearby block. The game owes a level structure very similar to Super Mario Land 2, and indeed on the surface this is exactly the same game, just with a slightly different, chubbier, lead character.

And in those first few levels, you might be wondering how Nintendo managed to screw things up. Being a chubbier soul, Wario controls more slowly than Mario from Super Mario Land 2. His physics are a bit off, and though each level has a time limit, Wario ambles along like he’s got all the time in the world. Nintendo also had a penchant to throw a few too many sprites into this game – there are moments where the Game Boy’s famous “flicker” effect comes into play in force (and the accompany frame rate issues to boot). 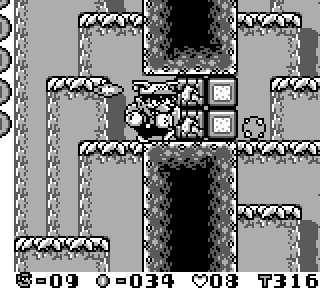 But the further on you play, the more amazing this game becomes. For one, there are genuine reasons to go back to old levels and replay them. As the game moves on, the conditions in early levels changes dramatically. As an example – the early beach levels become flooded with the tide later on, opening up new areas to explore. Many levels have branching paths that open up new levels. Many other have hidden treasures, of which Wario needs to collect to realise his end goal; to make a whole heap of money and buy a massive whopping castle.

In that context, Wario’s relatively slow pace makes sense; Nintendo wanted you to see little gaps and potential treasure rooms and explore them, rather than speed run through everything. Wario needs to collect every coin he can find to get those bigger castles, too, so skipping past them makes no sense in the first place.

Because of the backtracking (and likely grinding of especially lucrative levels to earn enough coin for the end-game prizes), Wario Land manages to provide plenty of meat. Levels are not too difficult so as to become frustrating, but at the same time, you’ll need to be on your toes – the game does remind you from time to time that it’s possible to get a game over. 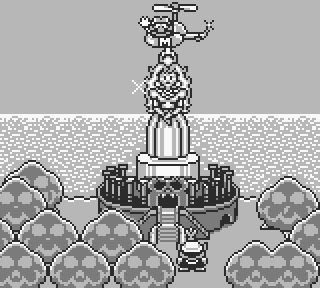 At the end of each level you’ll get to play a brief luck based mini game. The prizes are either hearts (lives) or money, though there are consequences in being unlucky. Other than those minigames, there’s not a lot of variety away from the main game, but then that variety is largely unnecessary, thanks to the variety the hats provide.

Different hats give Wario different abilities. The dragon hat breathes fire, the bull hat makes Wario stronger, the jetpack lets him fly. These hats are intimately involved in unlocking the game’s puzzles, and they’re a lot of fun to play around with.

Darwin’s theory of evolution states mankind evolved from a primitive monkey-like species. As did the modern Wario game evolve from the classic Mario formula. This game is the missing link and even now, years later, it’s a fascinating little game to experience.

It’s a GTA kind of weekend