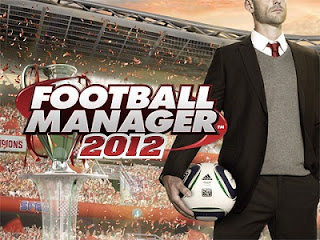 Football Manager has been around for quite a long time now. Originally starting off in 1992 on the PC as the Championship Manager series by Eidos, followed by an eventual rechristening by Sega in 2005 to the name Football Manager, the simulation series placed a much greater emphasis on the role of a manager in football.

Now we come to Football Manager Handheld 2012, Sega’s 2nd attempt at bringing the series to the iOS market and while several changes have been made to adjust the game for handheld devices, this still comes across as a solid simulation title that any football fan should own.

Once you begin your career, you have the option of choosing to start unemployed and work your way up through the lower leagues or be given the choice of hundreds of different teams to choose from, from Manchester United to Basingstoke Town. Unlike other major football series such as FIFA or Pro Evolution Soccer, you do not possess direct control over the players in matches once they begin, you can only guide them through tactical changes and substitutions, leaving you grounded on the sidelines. This doesn’t make the game any less fun though but rather, makes things more challenging and often enough, you’ll find it hard to put down the game after the end of a match and end up starting another. 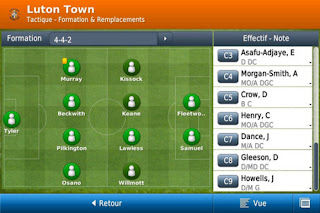 Throughout the game, you’re primary aim is survival, which is done by keeping your club’s Board of Directors happy. This does amount to much more than simply winning matches, it includes a variety of factors such as your control over finances, team harmony, the quality of players you managed to obtain via transfers, which adds a good degree of realism to the game and will keep you pushing to get our team up to the highest standards.

You will also be able to request things from the board, such as additional funds or stadium expansion but this will depend on a number of functions, such as funds currently going spare in your wage and transfer budget, alongside their level of satisfaction with your performance. They will also begin to get annoyed with you if you make persistent requests on an issue however, so you have to time your requests right.

Along the way, you’ll be guided by the Assistant team manager, who will do things like advise you when attempting to purchase players as to whether they’d be good additions to the team, good transfer targets, strongest players and more, alongside being able to set up scouts to help you find new team members. These are both quite useful features to the game, as a lot of people are unlikely to know who most of these players are and whether their in-game abilities match up well to the players in real-life. 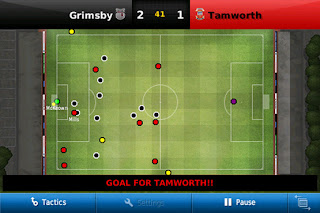 Unsurprisingly, the core gameplay has been pretty much left intact from the original release. This is a common issue amongst sports series unfortunately, especially for those which see yearly updates. Fortunately, what was there before worked pretty well so it doesn’t harm the game, although it doesn’t do it many favours in the long run.

While the main career mode hasn’t changed much at all, Sega have outdone themselves with the addition of the new Challenge mode. This consists of 4 different Challenge scenarios for you to participate in, which range from missions saving a team currently involved in a relegation battle, having to deal with a team suddenly plagued by injury mid-season and being able to go the entire season unbeaten. This new feature is definitely one of the highlights of the new release, as it provides an interesting challenge to keep things interesting once you tire of career mode.

There’s also a small issue of content on offer here. Like with the last game, SEGA have been forced to cut down on a number of things in order to adapt the title better for the handheld market. Such examples of this include the number of nations you can play in to only 12, of which only a maximum of 4 are playable at the same time. On top of this, there’s no option to switch which leagues are available in the middle of your career, which is rather disappointing considering it was available in the PC edition. However, it is definitely a case of quality over quantity here as the game does become faster paced as a result, with the design suiting handheld platforms well.

Graphically, there’s not much to tell about the title. The game primarily relies on a basic graphical, touch based interface to navigate through and what is on offer isn’t particularly noteworthy but it does the job well enough. In terms of soundtrack, basically, there isn’t one. It’s completely quiet unless you decide to add your own music playlist from your iTunes library onto your device, which can then be played in-game.

Overall, Sega have come up with a fine new edition of Football Manager for the latest handheld edition. While we’ve seen a lot of it before and it struggles to shake the image of the PC version’s younger brother , what you will find here is certainly quite an addictive simulation title. While the £7 price tag may seem a bit daunting considering many App Store games can be bought for just 69p, what it does provide is a deeper, longer lasting experience and one which comes highly recommended.