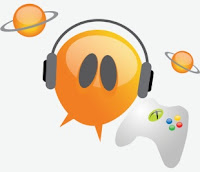 A few developers have been rather vocal about their disdain for Xbox Live’s indie game service, but perhaps some of those complaints will be disappearing this year. It was officially announced today that several policies regarding indie titles on the marketplace will be altered, in turn leading to a more consumer-friendly setup.

The three major changes are as follows:

If these numbers are confusing, they essentially mean that developers can now produce more, bigger games that can then be sold to you at a cheaper price.

Blitz in the New Year this week on XBL

Cthulhu Saves The World coming to iOS, Android, and Mac