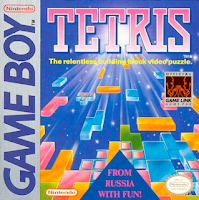 Tetris is unarguably the game that cemented the original brick Game Boy as the dominant console in the early era of handheld games. That doesn’t make it worth paying for now for most of us, though.

Packed in as a little freebie (a move Nintendo would pull off with equal success later on with the Wii and Wii Sports), Tetris personified everything that the Game Boy did well; good for short and sharp play sessions, and purely functional visuals masked the primitive hardware brilliantly.

All the game did was no-frills Tetris, and as everyone has played some form of Tetris now, there’s no need to explain how that game works again. Greyscale graphics aside, it’s also an instantly recognisable game; anyone would be able to pick it up and get straight into the game. 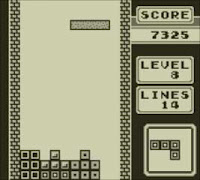 And, ironically, because it’s such a primitive version of the game, in some ways it provides a greater challenge that people who have started to play Tetris later may even find frustrating. Later versions of Tetris (including a DSiWare downloadable game priced at roughly the same price point) introduced the ability to “store” one block for later use. That’s not available in this version and you’re going to have to make do with the blocks that are provided to you. Invariably this means you’re going to have to deal with some gaps in the wall of bricks that you wouldn’t have allowed to happen in the more modern games.

There’s also no “fast drop” function in this game, meaning the lower levels play out painfully slow, and crucially there’s no multiplayer in this game. Given that Tetris is a puzzle game best experienced with friends, the high score chases that are on offer between the two different gameplay modes give this game a very short lifespan indeed. 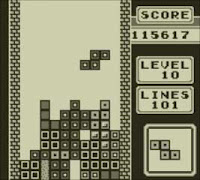 That said, the pleasant feeling of nostalgia in playing this game, and what it did for the Game Boy is a massive incentive to purchase. Despite the score you’ll see before, I don’t regret buying this game; It was my first handheld game and indeed it was the first game for a console that I owned. As such, the cheerful (and now classic) Tetris theme song, blaring out through such a primitive sound trip does take me right back to my childhood.

Often, nostalgia is a curse, making us elevate games (or books, movies or anything else) well above the reality. And that is the case here, since this is far, far from the best version of Tetris available out there; even if you consider just DS, DSiWare and 3DS games. Anyone interested in building a library of classic games needs to have this one, even if you’re not going to get your money’s worth, it’s that important. Everyone else should stick to one of the better (modern) versions of Tetris out there.

Opinion: So, the Vita is off to a shaky start… So what?