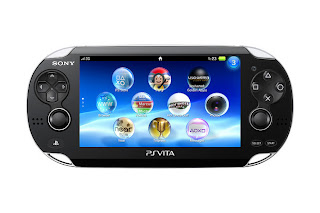 According to Bloomberg, sales figures tor the PlayStation Vita dropped substantially after its first week of sales.

Even the PSP outsold the Vita in that week, apparently. What is amusing, though, is the reaction in the gaming press. I’ve already seen numerous “Is the Vita Doomed?” stories, or words to those effect.

Is the sales figures an indication that the Vita will struggle in its early days? Certainly. As did the Nintendo 3DS, you all may remember. It took some spectacular work on Nintendo’s behalf to turn that around, and now we can accept that the 3DS is on the right track. Same deal with the Vita. Sony needs to give people a reason to buy it, and six months from now will be when we can determine whether Sony has achieved that.

Sony has had slow starts with its last few consoles (and concepts) in recent years, too. For various reasons, the PS3, the PSP and the PSN have all had slow starts. Through price cuts and by adding features and services to the consoles, Sony has turned both devices and the download portal into robust, successful gaming and entertainment solutions.

So no, I don’t think the Vita is in any trouble whatsoever. Sony is serious about the console, and just as Sony was able to make the PSP a success (moreso in Japan and Europe than America, admittedly), I’m confident that the Vita will be a success as well.