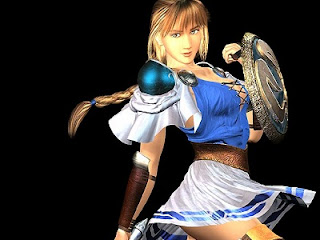 As the console-owning world looks forward to the fifth game in the long-running Soul Calibur series, iPhone and iPad owners get a bit of their own action, getting to enjoy the classic, original game in the series.

And what a classic this game is. While later games expanded the character roster and move list and, arguably, went too far with it, the original Soul Calibur focused on a core, highly balanced roster and tight, elegant move lists. There’s not a single dud character in this game, and series fans will enjoy the fact that the most loved characters are the ones from the original roster. So yes, you’ll be able to play with Ivy, Maxi, Nightmare and Taki.

The big question I think everyone will have of the iOS version of this game is how well it plays, given the lack of physical buttons. The answer is: very well indeed. The virtual controls are comfortable and spaced well on the iPhone screen, while at the same time not putting the fingers in a position that they would obstruct the on-screen action. Further, if you have bigger or small fingers than normal the button layout is customisable if you don’t like the defaults. 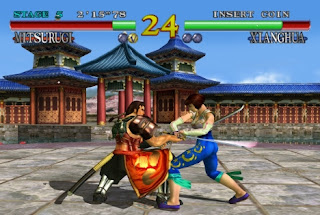 The iPhone hardware itself handles the combat perfectly, offering slick action at a fast pace without dropping a frame of animation. The character models are gorgeous, too. This is up there with the finest looking iPhone games ever. Backgrounds are perfect recreations of the original arcade cabinets. There’s a large number of different backgrounds to fight on, and while they all play the same, it’s nice to have the visual variety.

There is a fair amount to this package, from the standard arcade game through to time trial and survival modes. Each has its own quirks and though the later games have more ways to play, the ones found in this game are the best anyway.

There is Game Center support, which adds some longevity in shooting for the high scores, but the one real disappointment of this game is the lack of online multiplayer. Fighting games are fundamentally a social sport, and it’s a pity that there wasn’t that option, where the infrastructure on the iPhone is very much there. 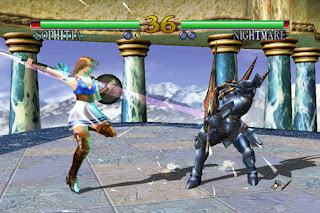 I can’t talk for the iPad version, as weirdly this game requires hardware with “a front-facing camera,” even though it makes no use of the camera, and I only have an iPad 1, but I can say the iPhone version of the game is essential stuff for fighting fans on the go. It’s easily the equal of the fighting games currently available on the Nintendo 3DS, and it’s such a timeless game and timeless gameplay that I would suggest it’ll hold its own against any Vita fighters, too.