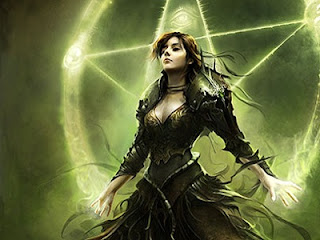 Let me preface this review by saying that I am not a big fan of the large scale strategic games where you control a mass of units over a vast battlefield in real time ala the Total War franchise. In saying this I was very impressed with how King Arthur 2: The Roleplaying Wargame gripped me.

The thing that the Total War franchise really lacked for me was any real soul. Those games were pure warfare; one side versus another, then you move onto the next battle and resupply your armies. Here is where King Arthur II grabbed me; it is a much more complete package. It instilled a sense of purpose into your battles through the non-combat RPG sections of the game. There you make a range of strategic, albeit traditional RPG decisions which in turn give you different outcomes and ultimately decide the fate of what your army will do.

This decision-based storyline style provides you with a sense of control towards whatever your goals may be. It gets you actively involved in what directions your campaign will take and how it will do it. Do you take the noble route and try and talk your way through the senate or do you take the reckless route leaving political enemies in your wake? 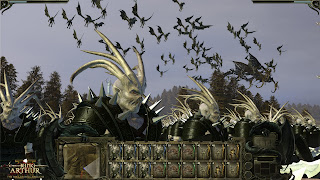 Magic adds another variable to the battles which I often find to be very cumbersome, but in the instance of King Arthur, it works well and gives you the ability to inflict damage on your opponents and affect battlefield conditions which in turn allows you to influence the outcomes and possibly completely turn the tide in combat.

And then, of course, are the units; the sheer variety of which elevates this game over most other strategy games. Paradox has taken the opportunities allowed by the RPG/ fantasy cross over to give you a startling range of units to command – yes, all the way to dragons. Your decisions in-game have a direct impact on the units you can command, too, which is a nice touch and ensures replayability.

I am happy to be corrected if I am wrong but in my playing experiences of Total War games I don’t recall there being a pause button, in the sense that the action is paused while you can continue to issue commands. This was always such an annoyance to me since the computer AI could manage everything at once while you can only manage what is on screen at the time. This game, however, provides that feature and it is a very welcome addition. The ability to pause, redirect all your troops and then unpause to watch the action unfurl is an extremely valuable tool that helps to make the game far more palatable than its bigger-profile big brother.

The strategy fans out there should get plenty of game time out of the combat system, with the complex system of pros and cons between different unit types which means that you always have to keep on your toes if you want to maximise your army’s effectiveness. Terrain and weather also factor into the game in a significant way, adding an authenticity to an otherwise fantastic game.

If you, like me are not a strategy fan but are looking for an accessible way into the genre then look no further. It’s a game that is easy on the eyes, accessible in all the right places, and yet not so streamlined as to feel condescending. The supreme balance of the game makes it a title that just about anyone can get something out of.

Fans of the original King Arthur title from Paradox (and hopefully there are a lot of you out there), rest assured Paradox have done this sequel right. Those who weren’t able to get into the previous game, take a second look at this one – the tweaks are just enough that it’s worth a second chance.