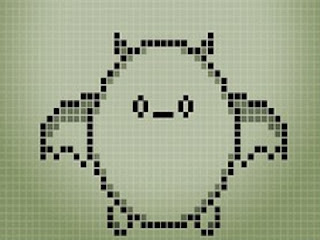 Remember Tamogotchi? The maddening little virtual pet that would whine at you, get itself all dirty, and perish if you left it alone to do something selfish, like sleep?

That little thing was a worldwide phenomenon, despite being housed on hardware that would have found pong too complex. It makes sense that it was popular though, as it capitalised on the same philosophy of repetition that has made Zynga so popular, but by the same token, I don’t think too many people were depressed when the fad died down.

Hatchi is a far better designed little toy than those Tamagotchis, but manages to retain the visual appeal that is in a very primitive way, highly appealing.

The little virtual pet has a range of little bars that represent health, hunger, rest, academic skill, fitness and so on. These all need to be maintained, and drop down in real time. So yes, every few hours you’ll need to boot the game up to throw the fellow a hamburger or play ball with him. 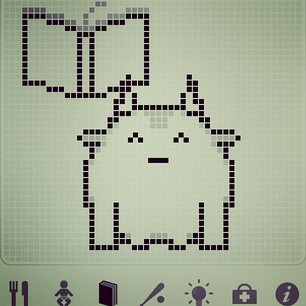 Aside from selecting “feed, play, sleep” from a menu, the game is completely non-interactive, so your play time with the little critter will typically be very, very brief.

And yet, you’ll get hooked in and keep coming back to care for the little fellow. See, in an as-primitive-as-games-get sense of the word, he’s charming. The little blips and bloops the game makes when you make menu selections are perfect recreations of the classic Tamogotchi, and watching the pet go through a few stages of development is, in a very strange way, compelling.

Given you’ll likely be carrying your phone around with you everywhere anyway, it’s not too stressful to check on your pet during a boring meeting or class.

So in a weird kind of way, this is the perfect iPhone game, and is a better proposition than the far more advanced pet simulators that, yes, are more interactive and more realistic, but also often require more work than they’re worth.

More NES games coming to 3DS, but what does it mean for the Virtual Console?