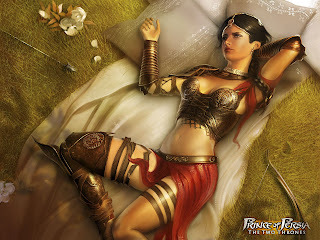 Europeans get a bit of classic platforming this week, as the 3DS gets its third eShop Game Boy Color virtual console game.

Prince of Persia on the Game Boy Color was a bit of a hit, and we’re expecting the eShop release to be much the same.

Honestly, we’re not expecting much from 40-in-1 Explosive Megamix. Firstly, the words “40-in-1” and “Megamix” are textbook warning signs for shovelware, and secondly, the game is by Nordcurrent, whose output is… patchy… at best. Still, someone from the team will put it through its paces. Wait for the review for this one before buying!

Come On! Heroes is yet another game in Circle’s surprisingly decent series of little strategy and RPG games. Having played both Castle Conqueror Heroes and Castle Conqueror Revolution, I can also attest that these games tend to be rather challenging.

Prince of Persia also hits the Wii Shop Channel. The fact there is a new game on the Wii Shop is massive news for the poor souls that like to download games, and only have a Wii. We’re guessing it’s the same game that hit the PS3 a long while ago. If it is, we feel comfortable recommending it already.

Well, this is not a bad start to Nintendo Download platforms in Europe from the first few weeks of January.