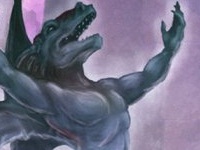 Whilst reviewing the second Geneforge game, the best analogy I could find is the tried and tested ‘it’s like pulling teeth.” In case this hadn’t told you immediately what mood I’m in regarding this game, I can give you a rundown of the exact thoughts I had while clicking my way through it:

“Oh god, everything is the same. Nothing has changed from the last one, and it has proven to be just as excruciating as the last? I feel the urge to drive a railway spike through my hand. Anyone have a mallet?” Dear readers, it seems that the franchise did not pick up its game over time.

This is actually a very tricky review to write, because my fundamental issue of Geneforge II is that it’s an exact clone of Geneforge I. Usually when doing sequels I would go over what has changed – the mechanics, the fixes, the improvements, the interface differences and the graphical advances – or even if it is still the same game (take Far Cry and its sequel for an example of this) but I can’t because there is nothing to tell.
If you must know about what this game is, please refer to my previous review; it seems universally applicable here. 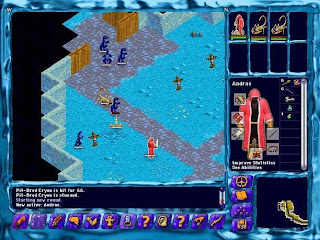 If I sound frustrated, it’s because I am.

I wanted this to be a turn around, a huzzah for those who stuck it out through the first game. All the awful awful interface methods would be wiped away, the world would be more vibrant and the dialog less insipidly inane. A combat overhaul – to stop this jarring swapping between realtime movement and turn based battle modes without so much as a ‘heads up!’. To be honest, I wanted a lot, but I would settle for a little bit of improvement. But there’s not. It boggles my mind how Spiderweb could simply ignore every single problem with the game and crack out not one, but four sequels.

But then, if I stop raging for a moment and think about it, I suppose that four sequels means that it has been somewhat commercially viable, and therefore people do actually like this series; and running on that logic, the ‘if it ain’t broke’ approach to the whole series seems like a smart business decision.

So, I could maybe possibly accept that there is some fanbase out there for this kind of game, but I cannot find nor get over exactly why they developed tantalising lore to go with such a franchise wallowing in its own mud. 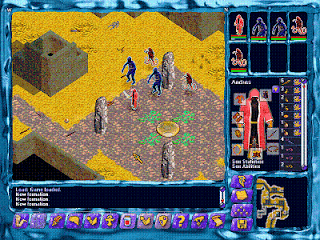 If you have read the last review for the ‘previous’ game, you’ll know that the only thing I really approved of was the world created for this set of games. As a hobbyist fiction writer myself, I saw so many opportunities for stories, back stories, histories and marvellous worldbuilding all throughout; each completely ignored in application. It’s not exactly hard to place a few more of those book stands around with a bit more information about this world. Oh God! So many missed chances! There could be the moral questions of freely creating and enslaving life, there could be the probability of a rebellion and class struggle between the all-powerful shapers and the servile minions they control, there was a chance for grand histories and detailed magic mechanics to build up; oh Flying Spaghetti Monster!

Spiderweb, if you’re reading this, I know I’ve been hideously cruel so far, but give me the rights to make a novel out of this and I’ll split the profits 50/50! So many wasted twists and turns! As a literature nerd, it makes me sad that they ignored so many awesome routes to go down.

They could have really risen above the cruddy gameplay if they had engaged me with this, but for whatever reason they didn’t. I’m left crying into the air like Charlton Heston at the Statue of Liberty at the end of The Planet of the Apes.

Geneforge II is not worth your time, not in the slightest. As a matter of fact I will personally reward the person who can tell me how to remove these games from my Steam account with an appreciative lolcat. My faith in indie games has been temporarily shattered until I boot up Terraria. Jeff Vogel has made some great games over the years – just look at his modern classic, Avadon, but Geneforge – the whole series, not just the first game – has sadly not stood the test of time.