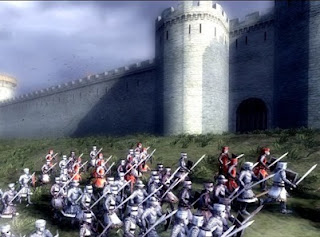 Real Warfare titles have always been an excellent way to while away the hours. Excellent tactical Real Time Strategies (RTS) that have a great attention to detail, they often provide a fun, entertaining challenge. Real Warfare 2: Northern Crusades is no exception, with the developers providing fare that compares favourably with the best in the genre, even going so far as to provide an alternative to that elephant in the RTS room: Total War.

Like most wargames, Real Warfare has a historical base, with this particular chapter set during the 13th century. The player, taking control of the Teutonic Knights, attempts to drive out the ‘purile pagan scourage’ from Prussia. From these humble beginnings (you have been exiled into a wintry wilderness and are seeking to make amends by participating in an oppressive holy war), the player hero takes on the a range of challenges facing your faction (eg initially stopping robbers from targeting your towns).

Through successful warmongering, the player earns experience, spoils of war and prestige, thus resulting in greater challenges. Unfortunately, the missions are rather linear, where the player is forced to find some location/unit on an otherwise underutilised (and fantastic) dynamic map. Sadly, this rather pre-ordained path generates a feeling of inevitability, a real shame considering the great potential the expertly rendered map offers. That said, the battle gameplay makes up for this minor complaint. 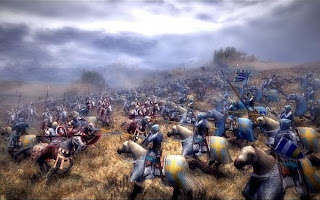 Individual battles are thought provoking affairs. Due to its real time nature (where both armies move at the same time), initial deployment is vital and a great deal of time is normally placed in surveying the battlefield for the best positions. Once discovered, moving into place is greatly assisted by the in game “Run” mechanic (at the cost of a unit’s fatigue). Positioning is vital as terrain on very well performed maps will play a vital role in success or failure. Battles pass smoothly, though the slowest time progression setting moves things at a comfortable speed, whilst the fast motion is perhaps a bit too fast.

Staying true to its setting, the player has a remarkably detailed set of toys to play with. With cavalry (light and heavy), archers, melee (containing every troop type at the time imaginable) and siege weapons available, all the basics are covered. Enriching the gaming experience, all unit types have a number of growth options available, thanks to the availability of experience and coffers in the armory. 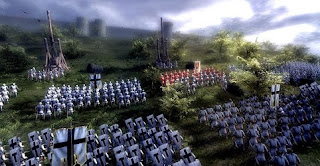 Troops are realistically implemented, resulting in stereotypical RTS structure: In a large rock-paper-scissors type, Archers are best against unarmoured troops/infantry, Pikemen love to attack mounted troops, mounted troop are happy against archers, whilst light infantry are slaughtered down by slower, heavily armoured swordsmen. It is fairly generic – a formula tried and true, and common of many battle games. Where Real Warfare stands out is the extensive degree of unit individualism where customisation allows an extremely detailed set of unit upgrades (including such things as weapons, armour, size of unit as well as the separate category of occupation progression), should they prove themselves worthy of the promotion.

As with another recent game I reviewed (Unity of Command) the developers must be praised for their very comprehensive artificial intelligence. Gone are the days suicidal frontal assaults, as well being able to have ranged troops ‘picking off’ units that are too stupid to respond. Indeed, playing the same battle will never produce the same enemy response, as they react exceptionally to your movements. Further, they will probe your lines before mass attacking a weakness, with a mind to protecting themselves if required. In reality, this proves to be an entertaining test. Whilst online multiplayer can provide a far sterner game, this AI stuff is getting very sophisticated. 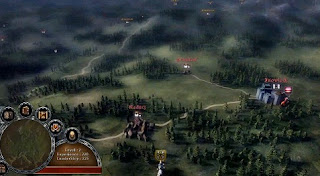 Graphics, soundtrack and sound effects are solid and very aesthetically pleasing whether from eagle eye vantage point or via zooming for unit specifics. Battle scenes more or less play along as expected with strewn corpses littering the field consistent with what you’d expect to see in a 3GB game.

Extra in game features go above and beyond the typical campaign mode in the attempt to appeal to as broad an audience as possible. What really inspires a great deal of fun is the online mode which allows for up to six players to duke it out. Further, individual skirmish battles can also involve up to 6 devilish AI opponents which can be set to various personalities- such as aggressive or defensive. Further to this, the in-game tutorial is brilliant, taking the player step by step through the process (narrated in an English accent) ensuring a very thorough understanding of what is expected.

Real Warfare is a fantastic RTS whose artificial intelligence and unit customisation marks it as something above the norm. Combining this with the tutorial explanation and uncluttered interface and new players will have no difficulty getting into this rather excellent title. Let the holy war begin.