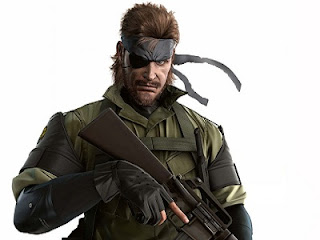 Metal Gear Solid, released for the Playstation in 1998, is seen by many as a pioneer for the genre of stealth video games. A game that mixes action and a deep story, Hideo Kojima’s classic is still worthy of a place in every gamer’s shelf.

Set in the year 2005, you play as Solid Snake, whose objective is to infiltrate Shadow Moses Island, which is secretly an American nuclear weapon disposal facility. Overrun by the FOXHOUND special forces led by Liquid Snake, the group plan to launch nuclear weapons on America if their typically terrorist-style demands are not met. The story is heavily influenced by the actions of government institutions during the Cold War era, with nuclear anxiety permeating throughout the narrative.

The gameplay is smooth. Most rooms you enter consist of a many boxes, tanks and doors to hide behind so you are not seen by the enemy. The game requires you to study enemy movement patterns, and plenty of laying low and waiting; 99 per cent of the time, the run and gun method will often leave you worse off. However, with only limited vision on your radar, your ability to do that will really be tested. 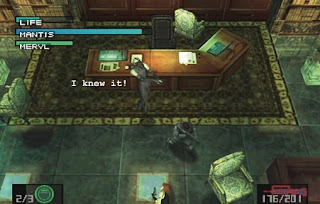 The controls do however feel somewhat dated, especially considering what type of game this is. With the only two movement options being run and crawl, you’re forced to constantly stop and start which prevents fluid movement, and can result in easily being spotted. The dynamic third-person view moves smoothly and presents no major problems. You are able to go into first-person view to survey the area, but I found myself not using this, as I was able to survey the room fine with both the radar and the existing camera.

Rendered with the in-game engine, the cinematic cutscenes work well to tell the story. The voice acting in Metal Gear Solid is far superb than any other game I personally have heard on the system. The codec (radio) gadget Snake uses to communicate with the rest of his team is given the most use of the voice acting, with each character displaying different personalities in their varied accents. 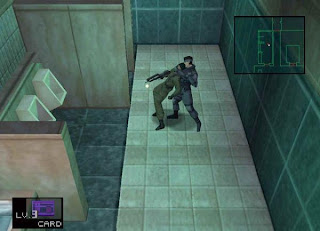 As you travel from objectives, you will come across members of the FOXHOUND team that act as bosses. This is when you adapt what you learnt in the stealth sections of the game to combat. Bosses prevent you from simply attacking them, and you will have to study their movements and use your codec to communicate with your team members and learn how to defeat them.

The bosses take a fair few hits to take down, and while there are multiple phases in the fights, they get repetitive quickly. Also, the amount of damage that is inflicted by the enemy onto Snake is far greater than what Snake deals out, causing some battles ending after getting hit two or three times. Of course, rations heal you, but the threat of almost instant death didn’t sit right with me. In the stealth sections I could see the reasoning behind Snakes vulnerability, but not in these combat sections.

What made death especially troubling was the events that occurred before you died. If there was a large codec conversation or cinematic (which many of them are), a quick death will result in you having to sit through the entirety of the section again. You are able to skip through the text, and skip some cutscenes entirely, but it was still an annoyance after I died four times on one area. 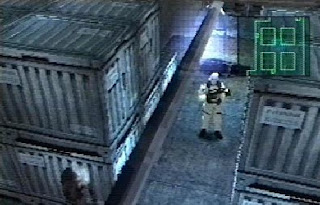 The sound design is great in accompanying the heart beating tension this game provides. During the stealth sections, your only sounds are the ambient environmental noises. Yet when you’re discovered the music kicks in, with the pace adding to your experience. The cinematic cutscenes also incorporate music, but I didn’t focus on it too much due to both the engaging story and the brilliant use of voice acting.

I had so much fun with this game, and although it has some flaws which probably weren’t as prominent when it was originally released, I was engrossed in the story and the action the game presented. It’s a shame it wasn’t included on the recent release of the Metal Gear Solid HD edition, but for those who are looking for a stepping stone into the series, this is the best place to start.