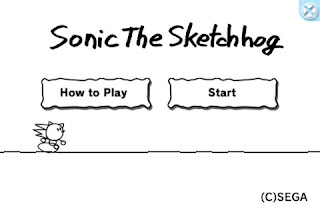 Many have accused Sonic the hedgehog of having sketchy games in the past, but such is literally the case with Sega’s latest release. Following the blue blur’s recent 20th anniversary, Sega has launched a new application, “Sonic the Hedgehog 20th Anniversary”. Despite its vague name, it includes a brand-new game developed exclusively for iOS called “Sonic the Sketchhog”.

Sonic automatically scrolls through stages, whilst players can double jump at their own discretion. Timed jumps cause Sonic to gather rings, defeat foes, and hop across platforms. It puts an interesting Sonic twist on the type of game we’ve seen so many times before on mobile platforms.
Beyond “Sonic the Sketchhog”, the app mostly serves as an advertisement hub, showcasing the quickster’s other downloadable titles on Apple’s platform. 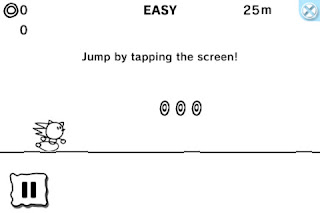 Also included is support for Game Center, so you can keep track of your high scores (fitting, as this is the core of the game) or send them to Twitter.
The best part? It’s available right now, for free. It looks like a cute little title that might be worth trying out.
Share this