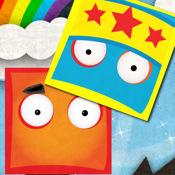 I must admit, one of the iPhone games that I’m most addicted to is Super Stack Attack. It does for me what the likes of Angry Birds does for a few million people worldwide, it’s easy to pick up and play for those minutes of time I need to fill in between meetings and on those short train trips.

So I was pleasantly surprised to see Super Stack Attack HD appear on the App store for iPad, because I do prefer playing my games on iPad to iPhone. And while Super Stack Attack’s gameplay is a touch limited for the iPad’s bigger screen, this is nonetheless the definitive version.

Super Stack Attack is a single “button” game with a singleminded goal – build up a stack of brightly coloured blocks as high as possible. Tapping the screen will send the current block dropping down vertically. Land it directly on top of the previous block and it’ll stack up nicely. The less accurate you are, the more the stack of blocks will start to teeter. Eventually the stack of blocks will fall, and you’ll have a game over and high score. 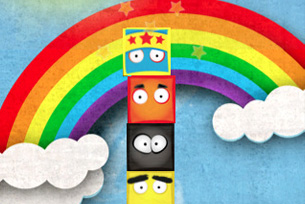 There’s not a whole lot more to the game, and indeed, it’s the exact same game as the iPhone game which we reviewed way back in March, just with a higher resolution. That works to the game’s benefit, as the visuals are bright and cheerful, and the background have a lovely handcrafted effect. The music remains the same, too, which is also a good thing, as it too has an undeniable charm that makes the game compelling in its simple innocence.

So why is the iPad version better? The blocks are bigger, and consequently it is easier to be more accurate (or at least, the perception is there). In the endless mode of the game, I’ve not, after months of casual play, been able to top a stack of 20. On the iPad within the first ten games I’d brought my career best to 24.

On a more technical note there are also fewer frame rate problems than the iPhone game, which is a massive boost to the game’s overall quality, since there will be fewer frustrating “game over” screens as a result of the engine. 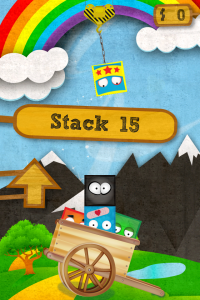 The endless mode is still where the fun is at, especially now there is Game Centre integration to boast top scores to the world. The “challenges” are over far too quickly, though that’s about as varied as the game gets, with some special conditions at times (time limits, different sized blocks) to make things more difficult.

So, Super Stack Attack HD remains a very limited, but very entertaining package for those very short downtimes that need filling. The iPad’s size means it’s a little less easy to pull out for those moments, but hey, everyone’s found themselves at a meeting or class at some stage and wanted to waste away the time without anyone necessarily knowing they’re playing a game. Single tap games are perfect for that.