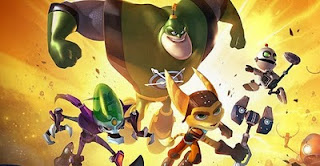 Fans of Ratchet and Clank, this is your chance to experience their latest adventure a bit early. SCEA announced via the PlayStation Blog that a beta version of Ratchet and Clank: All 4 One is on the way – but not accessible to everyone. This beta allows up to four players to team up online and go through two different portions of the game, giving you a sneak peek at some of the new weapons on offer. If you’re equipped with a 3D television, you’re in luck as the beta is compatible.
How do you get in on the action? Starting next week, anyone who pre-orders the game between now and September 27th via Amazon’s US site will have a shot at getting a beta code sent to them through its mailing list. You can also keep an eye on the official site for a chance to nab one from there.
If you don’t happen to win the contest, you can always wait for the demo to hit the PlayStation Network in mid-October, closer to the release date of All 4 One.
Share this