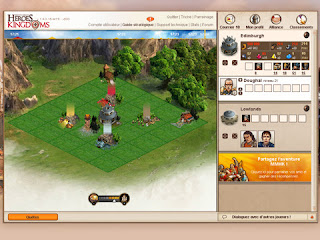 They’re dime a dozen on the Internet, but at least with this one it has a major, great franchise to name it. Free to play MMO, Might and Magic Heroes Kingdoms is about to kick start on its third season, and comes with a range of new features to entire players back for another go.

Set to start on September 15, this season of the city-building and conquest MMO brings new player vs. environment (PvE) and player vs. player (PvP) content to get people clicking even more.

The game itself plays out in the world of the RPG/ strategy franchise, and along with the new gameplay features, Heroes Kingdom will also receive an avatar customisation and an in-game store.

If you’re keen to give it a go you can check it out at http://mightandmagicheroeskingdoms.ubi.com