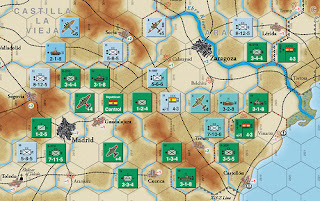 GMT Games is a board game publisher you might not have heard about, but it’s one that produces some of the finest hardcore military board games you’ll ever play.

We’ve got a review of one of GMT’s games, Samurai, over at sister publication Board and War Games, to give you an idea of what they’re (usually) about. The really exciting news is that GMT Games, through partnerships with various developers, has a large range of games due for PC, Android and iOS platforms.

To start with the games that are furthest down the production cycle, we’re looking at the following games released commercially in the near future:

Then there’s the games that are now under agreements, but only in the early stages of development:

Finally, GMT Games is actively looking for development partners for a whole range of its other game properties. The games it’s most interested in seeing, according to its website, are:

Needless to say, the potential to have some of these games sitting on the iPad or Laptop for play on the go (hopefully with good AI), has us literally bubbling with anticipation.