No More Heroes managed a successful jump to the PS3, but it’s by no means the only game that was a Wii exclusive that would benefit greatly in the jump to Sony’s console.

It’s not just about the HD visuals, in fact, as we’ve seen with many HD remakes, and indeed No More Heroes itself, simply taking a game and moving it to HD doesn’t always result in a visually pleasing game. No. The below list is more about games that would benefit from the PS3’s other capabilities that it has superior to the Wii, from online, to the dual-stick controller, and so on.

Also note: this is purely a list of fantasy. For obvious reasons some of the games below will never be remade for PS3. Though perhaps a Wii U remake is on the cards… 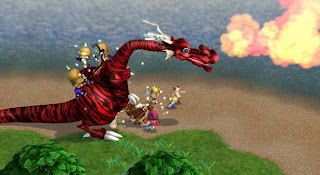 This game has a massive disappointment in terms of sales, since it’s also one of the most creative and charming games the Wii ever saw. Taking on the role of a young king, the task was to slowly conquer an empire from a range of weird and wonderful demon animal things.

In execution the game was something like a hyper-stylised Pikmin. You’d have a trail of subjects, each with unique roles, following you, and you’d set them to complete various tasks by literally throwing them at the problem.

There’s a PlayStation Vita sequel on the way (amazing, considering how poorly this game sold), but a PS3 remake of the original would be very welcome indeed. The Wii game hid graphical weaknesses behind a coat of sheen that looked stylish, but as the Vita game shows, HD can work for this franchise as well. 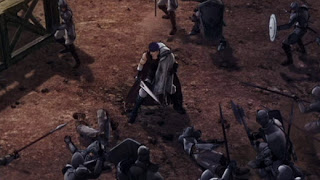 Obviously, as a Nintendo game, this will never get a PS3 release, but it’s fun to dream, isn’t it? Of all Nintendo’s franchises, this epic would stand to gain the most from PlayStation’s features.

For one thing, DLC challenge maps off the PlayStation Network would be awesome. The Gamecube Fire Emblem had this in a fashion, by linking up the Game Boy Advance game to it, you would receive an extra few, very hard, maps to challenge you post-game. With the PSN you could just pop online and download some extra ones, adding even more longevity to an already-chunky package.

Then there’s the cut scenes. Radiant Dawn featured some impressive animation work, but in HD on a big TV, the quality of that animation could really pop – if optimised for 3D it would be even better. 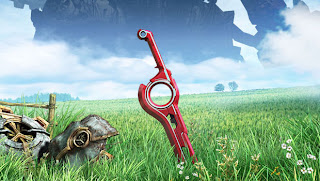 The other Nintendo game that could really, really use a HD remake. Xenoblade is a game of breathtaking scope, that is severely hampered by limited character animation and detail. It’s a game of incredible art work, but poor clipping problems damage the suspension of disbelief. With Final Fantasy XIII-quality visuals, Xenoblade would be a whole other level of incredible.

Then there’s the dual-shock controller. The Wii’s Classic Controller pro is more than adequate, but it lacks rumble. Given how intense and active Xenoblade’s combat can be, you can’t help but think the tactile feedback from rumble would be a understated but effective addition to the formula.

It’s still the best game that’s happened to the Wii in a long time, but you can’t help but feel Nintendo should have held on to this one for a Wii U release. 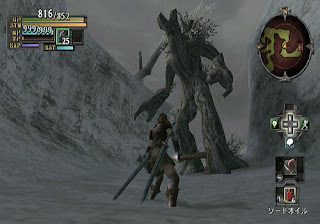 One of the most underrated Wii games, Eldar Saga came and went almost completely forgotten. And yet, it’s a stark, grind-heavy, hardcore RPG. It had its flaws, but nothing a PS3 remake couldn’t address.

More importantly though, Eldar Saga struggled in that it is a game built around questing and teamwork, but the Wii’s very limited online held it back from ever achieving that. A PlayStation remake would allow in-game quest invites, and easy to manage friend list, and DLC for extra quests. None of that is possible on the Wii.

This is a game I would love to see in 3D. Fragile Dreams had its fair share of faults, but it was a flawed masterpiece, and one of its great strengths was a genuinely touching story. 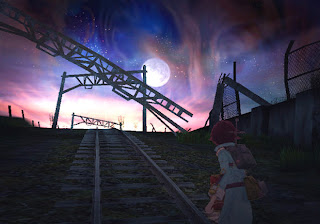 You’d feel a great deal of empathy for the lead character as he wanders around a deserted apocalypse-stuck world. Spoiler alert, but when his talking computer buddy runs out of battery power and effectively “dies,” it’s an effectively emotional moment on par with the death of a major character in a major JRPG game (we all know which one I’m talking about there).

In 3D Fragile Dreams would seem that much more intimate and effecting. The environment would become all the more real, and the surreal moments would become more engaging.

People might claim that games don’t benefit from 3D, but I disagree. Stuff like Fragile Dreams would definitely be a superior experience. 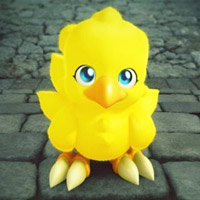 For Chocobo Dungeon, it’s the online card game minigame that would benefit most from the jump to PS3. It plays out like a simplistic version of Magic the Gathering or Pokemon Trading Card Game, but it was addictive – there were some 130 cards to collect, and getting games going online made this part of the game almost more fun than the main quest.

The problem was that the process of trading friend codes and then organising a time to play online together was a nightmare, for what essentially amounted to a minigame. The ability to simply invite a friend into the game if you both happen to be online would be both spontaneous, and completely appropriate for this style of multiplayer.

Plus, Chocobo games are great, and all console owners should get to play them. 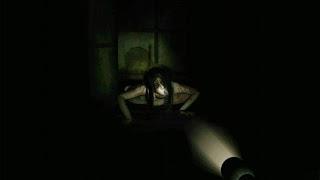 As a game, Ju-On is slow, ponderous, and not that challenging. As long as you keep finding batteries for your touch (which if it runs out is game over), then you can’t really “die,” you just slowly walk down passages and investigate things until the chapter is over.

But Ju-On isn’t a game, it’s a horror experience. Frights are timed, not random, and paced at just the right time to get a jump out of anyone.

As a tech demo, this game would suit a PSN download far better. At a cheap price, in the company of friends, this would be like watching a shlock horror movie, and I feel would be far more successful as a result.

So what are some of the other games you’d like to see make the jump from Wii to PS3?