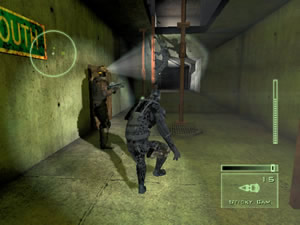 There’s a couple of different theories regarding trilogies. One is that the first is the best, that the fresh idea that warranted multiple sequels is representative of a great idea that, while perhaps hampered by budget constraints, has real soul.

The second theory holds that the first sequel is the best. The idea is still fresh, and everything the creators weren’t able to do originally are suddenly possible; if the previous game was a hit, the significant budget increase allows for grander publication values, more spectacular action and more fully realised plot ideas.

Rarely is the third considered the best. Originally fresh ideas start to become tired and the creative folks behind the game (or movie) start to try too hard, to be blunt. It happened with the Splinter Cell series, though. Chaos Theory is by far the best game in the series. Pandora Tomorrow, the second game, is the one that tried too hard. 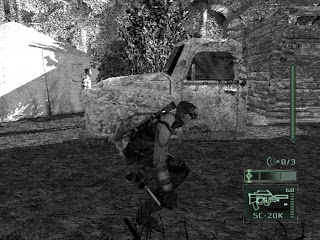 Splinter Cell games are meant to be about sneaking about and timing movements from shadow to shadow. This still happens here, and the game doesn’t even pretend there’s a shade of grey any more. The shadows are a great black line cutting through the light. Perhaps people felt the previous two games were too subtle.

The gadgetry is still there, and Sam Fisher keeps all the same tricks that he did in previous game, and would follow through to Chaos Theory, but the game lacks the amazing level design of the later game, or indeed its relative freedom. This game is the most linear of the trilogy, and marks the point where the Splinter Cell series began to become more like a modern shooter, and less like a stealth game. In other words; this was the moment where Tom Clancy divorced Thief.

The plot started to reach too far here, as well. Chaos Theory, and especially the first game in the series, were filled with American gusto and patriotism, as befits a Tom Clancy-branded production, but here the game tries to take more than a few leafs from Chuck Norris’ book. Fisher has been recast as a veritable superhero, and the delivery of cut scenes and dialogue has become filled with forced puns and horrendous over-acting. Thankfully this was toned down after the game (for one sequel, at any rate). 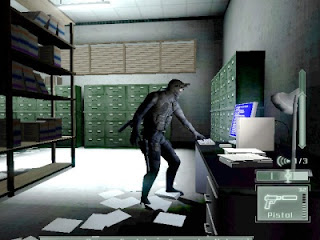 I’m being critical of this game, but it’s not bad, really. It’s still more interesting to play than the corridor arcade shooters that dominate the modern gaming scene, and the HD facelift of this version is impressive indeed. There’s just not the same sense of fulfilment from sneaking around this game.

As such it’s the most miss-able of the three Tom Clancy Splinter Cell rereleases. There’s little point to buying it separately – you might as well pick up Conviction (not a great game, but not much worse than this). That said, buying the three games as one package is still worthwhile since, after finishing Chaos Theory and the original, you can always run through this and really get your money’s worth.