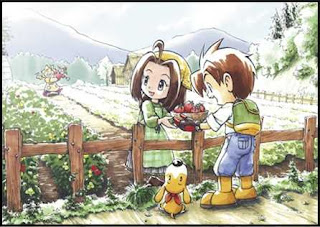 There’s been some news on the Marvellous front recently that has upset me greatly. Specifically, that the 3DS would be seeing a Rune Factory game shortly.

It saddens me not because these consoles are getting Rune Factory games, because I enjoy those a great deal. Rather, it saddens me that the Harvest Moon series no long commands the same level of respect from its publisher.

That makes sense to an extent. There’s no doubt that Rune Factory games sell better. The action-RPG elements help the games be that little bit more exciting and varied, and it’s a newer series – for many tired of the Harvest Moon franchise, it’s like a fresh start. 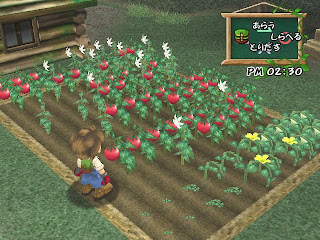 There’s also the competition with the likes of everything from Animal Crossing to Zynga’s Farmville to consider. While Harvest Moon is competing with these games for the same territory, Rune Factory offers something different.

And yet, I doubt I’m alone in preferring the Harvest Moon formula. There’s something relaxing, even therapeutic about the objective-free formula that largely makes up the Harvest Moon games. Yes, there are some end goals in each game, but getting there is on a very relaxed timeframe. Rune Factory feels slightly more objective-driven, and therefore more like a game. Harvest Moon games are virtual toy boxes. 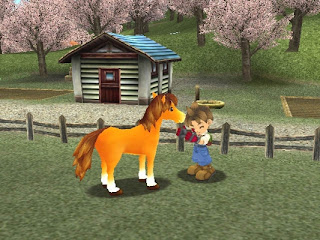 There’s something nice about the ‘real’ animals that inhabit Harvest Moon games as well. As cute as the monsters of Rune Factory can be, as someone who grew up in a rural area, Harvest Moon has a natural charm to me.

So while I don’t want to see the Rune Factory series lose steam any time soon, I want to see some 3D duck rearing, or farm some carrots in glorious HD. Produce the games as downloadable titles if it helps keep costs down, but I really hope Marvellous continues to build out the Harvest Moon franchise, especially considering the last few games on the Wii and DS have taken the series in some interesting directions.

Got $1 million to spare? Get a rare game!