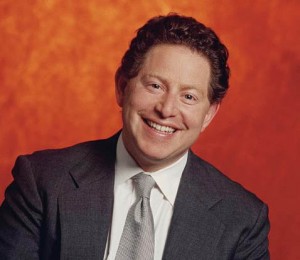 In an interview with Business Insider, Kotick said Activision was doing a “lot of work with Facebook.” And, say what you like about Kotick and how he’s managed to alienate many gamers, the guy knows business.

So he would know that between EA and Zynga (let alone the smaller Facebook players such as Square Enix), it’s a tough market to break into now.

I believe that because of that we can rule out an original IP being Activision’s launch Facebook game. Much like 2KGames, I believe Activision will appropriate one of its major franchises (Civilization in that case) and turn it into a Facebook-friendly casual game.

So looking at Activision’s major IP lineup, we’ve got Call of Duty, World of Warcraft and Starcraft. Of those, I feel Call of Duty is the most likely – Warcraft is a passtime in itself, and players won’t necessarily want to engage with it outside of the game, let alone on Facebook, and Starcraft is possibly too “hardcore” to bring into Facebook.

Call of Duty is the biggest Activision (rather than Blizzard) property too, so Kotick will probably want to push that franchise into Facebook quicker, to ensure the Activision arm of the group maintains growth.

But opening it to the floor – which of those do you think would be most appropriate for a Facebook game, and why?