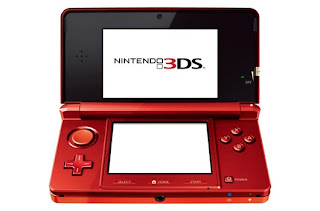 Some breaking news tonight that makes the looming competition between the Nintendo 3DS and the PlayStation Vita a little more exciting: The 3DS is not only getting a massive price slash (down $80 to $169.99 in the US and $100 in Australia to $249.95), but existing 3DS owners will be treated to 20 free NES and Game Boy Advance games (and good ones too, such as Metroid: Fusion, Mario Kart Super Circuit and Ice Climber) as a reward for being an early adopter. 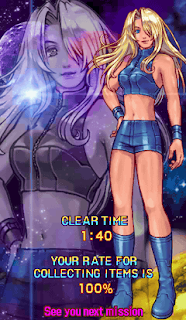 This is clearly a move by a threatened Nintendo. The PlayStation Vita – a vastly superior piece of hardware technically – was set to be released at the same price as the 3DS. Adding to that, the 3DS to date hasn’t enjoyed the best sales figures. Sony also has a better track record of engaging with third party developers and publishers in the modern era, a better online service to work with (PlayStation Network), and although the PSP was outsold by the 3DS by a large margin, Sony is no longer a newcomer to the space.

It’s also worth noting that according to a report on Destructoid, Nintendo has posted a significant loss for the quarter; a $25.5 billion operating loss, to be precise. Not overly surprising given it did just launch a new console (always an expensive process), but Nintendo will need to start showing recovery for the sake of investor confidence.

None of this is to suggest the 3DS doesn’t have a lot going for it, because it does, but Nintendo had to do something significant or it faced a real risk of losing its dominance over the market. To drop the price of the 3DS to a more reasonable level, and engage in the traditional process of thin hardware margins and make the money back on licensing, Nintendo will be more competitive for the end user going forward.

And it needed to. To attract third parties to the console, Nintendo needs to start getting units in people’s hands. Until that happens, no publisher is going to fund an AAA grade title for a niche piece of hardware.

So Nintendo has given it a chance to build up a substantial hardware install base before the PlayStation Vita release. What really impressed me about this move though, is the free games for existing 3DS owners.

Nintendo is a Japanese corporation, and with that comes a degree of corporate pride and stubbornness. For Nintendo to admit it has made a mistake and apologise by giving away free games should have a similar effect on consumer goodwill as Sony’s Welcome Back package following the hacks it faced earlier in the year. Perhaps Nintendo used its rivals experiences as a learning opportunity.

But regardless, I think it’s safe to say the 3DS is back on track. Next step for Nintendo would be to fix its online experience, and work out how to properly engage with third parties and indies.

(It’s also worth noting that the price saving of waiting for the 3DS price drop is likely to be less than the value of all the free game downloads. Pick up a 3DS now so you don’t miss out on the 20-title treasure chest).

From Dust Available Now on XBLA