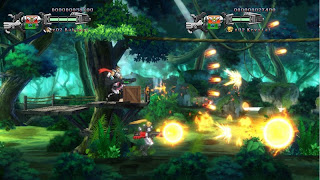 Some great sale games up on Xbox LIVE this week, including some pretty recent titles. The discounts only last from now until July fourth (Independence Day in the US) though, so you might want to get to downloading.

If you missed out on any of those, now’d be the time to strike… in a proverbial way of course.  Oh, and if you’re on the fence about TMNT, don’t forget that it’ll soon be pulled from Microsoft’s servers for the foreseeable future.