You may not have even heard of the game, but HeroClix is a pretty big deal. It’s a collectible miniatures game. For the layperson, this means it’s something like a Magic the Gathering collectible card game, only instead of buying packs of random cards in the hope you get something rare and useful, you buy boxes of miniatures in the hope that you get something rare and useful.
From all those boxes of miniatures that you buy, you assemble a team of elite fighters, and then have at your opponent in tabletop battle style. So think of it as a weird mix between Warhammer and Magic the Gathering and you’re on the right track. 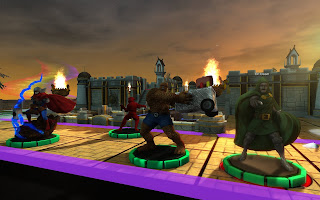 That history lesson aside, Heroclix Online is an exciting premise. When the game’s engine is handling the rules, it’s impossible to be cheated out of a win, and there’s no mess to clean up after. The miniatures look very impressive, so the many superhero fans out there should get a kick out of collecting up a large group of them.
It does face some stiff competition – Magic the Gathering Tactics seeks to do the exact same thing, after all, but this game has an advantage – it’s been around for a long time doing this exact kind of game. Magic the Gathering Tactics needs to put a square peg through a circular hole.
At the moment the game is in paid beta stage: yes, that’s right, you’ll need to pay for the beta. But fans need not be wary: not only will the game transfer over all your miniatures when the full game launches, but you’ll be rewarded with a rare miniature as a thank you for signing on so early.
If you’re keen to check the game out, the website can be found here: http://hco.heroclix.com/ 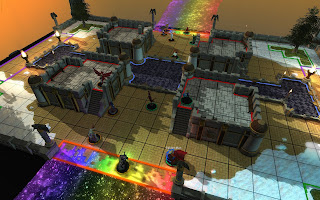 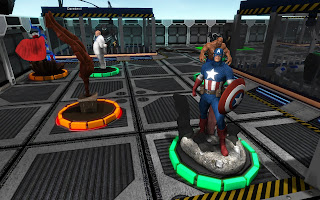