When I look over all the games (and indeed, IT in general) companies out there, Nintendo strikes me as the one that really should be acquired next. Why? Because it would be a massively beneficial acquisition for both Nintendo, and whoever acquires it.

Based on the 3DS, and what seems likely to be in the successor to the Wii (currently titled Project Café), one thing that has struck me about Nintendo is how much it is struggling to find relevance in a market that is increasingly about offering more that one service. The PlayStation 3 and PSP offer movies, subscription music services, comics, remote play and TV. The Xbox 360 has streaming Pay TV and a whole host of other services within its subscription online account. The iPhone and the iPad feature gaming almost as an afterthought – they do movies, music, social networking, non-gaming apps, and just about everything else.

Nintendo is struggling to get 3D movie deals for the 3DS. The closest it’s come to social networking is a Facebook upload service for the 3DS. Though the Wii had a handful of non-gaming applications, they were typically quite poor and certainly inferior to what the competition offered. In the US there was Netflix, but the US is just one market – in Australia for instance there was no alternative offered, but both Sony and Microsoft have movie services through their respective consoles.

The “it’s all about the games” approach is in some ways admirable, but I don’t think it’s deliberate on the part of Nintendo – it’s an approach that’s been forced on the company by circumstance. Nintendo has never made a significant hardware acquisition. Where Sony, Microsoft and Apple have heritages (or have made acquisitions) in music, computers and phones, Nintendo is a toy manufacturer that saw success in gaming. It owns some immensely valuable IPs and software developers, but as a hardware manufacturer, it’s now isolated.

It’s tried to compete with the other guys. Project Café features a removable touch screen on the controller that will essentially function like a gaming tablet on the go… except no one will buy into that, and software support will likely be quite light (remember when Sega tried that with the Dreamcast?) The only genuinely successful tablet developer to date has been Apple, and Nintendo faces a mountain to climb if it hopes to attract developers away from Apple. 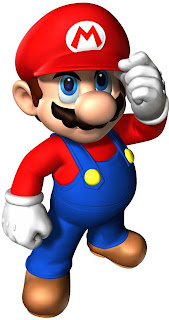 Then there’s the online and social functions, that Nintendo has struggled to bring up to scratch. Again, not Nintendo’s fault – it’s heritage isn’t in this space, so it’s essentially starting from scratch when the other guys – Microsoft in particular – have been there for years and years.

Nintendo just doesn’t own the non-gaming skills and capabilities for it to be able to compete with the way the market is heading.

Which is exactly why it would be an amazing acquisition for another company. Combine Nintendo’s creativity, its IPs and its gaming hardware R & D people and facilities with the broader vision of an Apple, Microsoft or Sony, and you have a Nintendo that doesn’t need to struggle and get scrappy to compete – you have a Nintendo that can soar uninhibited by its own limitations. That would be an incredible sight to see.

Of the three, I would like to see Apple acquire Nintendo. Apple needs some beefing up in its gaming vision (though it’s made clear steps to recognise the value of that), and Nintendo would benefit massively if its online hardware was based on the App store infrastructure.

Apple has the money for it, that’s for sure.

What do you think? Would Nintendo benefit from the infrastructure and resources of these far larger companies?