Here’s some great news – Final Fantasy V is coming to the PS3 and PSP courtesy of the PlayStation Network.

In recent years, V has become something of a challenge to come by – unlike Final Fantasy 1 – 4 there’s been no remakes or ports to the major consoles since the GBA. It’s been skipped – because from Final Fantasy VI onwards, the games become easy to access again. 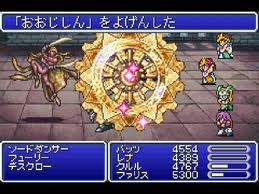 Seven of the best strategy games that you can download