There is still a huge number of PlayStation games that we’ve not seen made available for download on the PSN. The reasons might be varied – licenses expired, companies gone, newer games available, but that doesn’t change the fact that we’d like to go back and replay through some old classics. Here are 10, perhaps less well-known, PSOne Classics we’d love to see revived on the PSN.

Civilization II
Forget the later games in the series, it was Civilization 2 that really ate up my youth. It’s possibly the only game that kept me playing daily for months on end and, while it is less complex than its sequels, that also worked for it. It is still a big, challenging game that has stood the test of time remarkably well.

Chances are, you don’t remember this game, but in short: It’s a dungeon hack based on those old Fighting Fantasy choose your own adventure game books. Published by Eidos, we guess that means Square Enix owns the game now and would probably change $15 for it, but given that Fighting Fantasy games are in short supply these days, perhaps going back to the oldies would be the best thing to do. 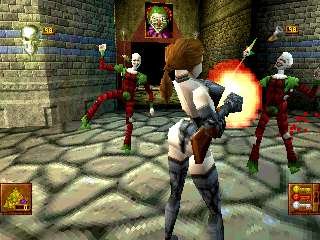 I’m rather surprised we still haven’t seen this game released on the Australian PSN. Perhaps it’s available elsewhere – we hope so, because a game this good is lunacy to hold in archives. It’s still possibly the best tactics RPG ever made (with the possible exception of Tactics Ogre: Let Us Cling Together), and would be well worth a premium price. 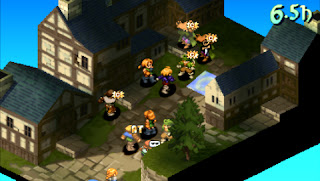 Harvest Moon: Back To Nature

Unless you happen to own a Wii or PSP or DS, it’s a little hard to play a Harvest Moon game. Though the PS3 will get the RPG spin off, Rune Factory, later in the year, there’s a special place in our hearts for the uncomplicated but utterly addictive Harvest Moon formula. Given that Marvellous has released the original Harvest Moon on the Wii’s Virtual Console, we’d like to see lighting strike twice with the PSN. 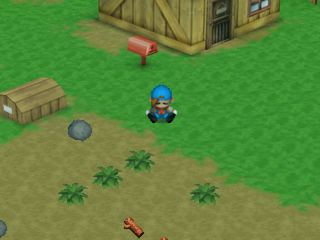 Hidden & Dangerous
It’s amazing that in the shooter-happy modern era of gaming, Hidden & Dangerous has remained a dead franchise. This game used to drive me crazy, but in the best possible way – as a tactical shooter it was difficult, but also rewarding. Playing around with your squads, making use of terrain, and taking down enemies with carefully executed strategies was a truly entertaining experience that is crying out for a return.

Panzer General
Hex-based wargames have kind of disappeared from console gaming (despite still being popular and well looked after on PC) but Panzer General deserves a re-release so strategy buffs can fall in love with it all over again. It’s very much a formula that is still relevant and popular now, so it would be good to go back and experience the roots of this style of game again. 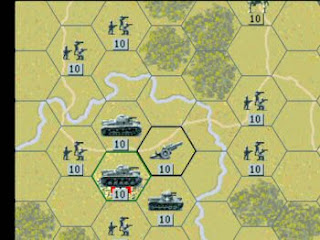 Romance of the Three Kingdoms V
Romance of the Three Kingdoms is a series that has been often overlooked in the West. Based on the same era of Chinese history as the Dynasty Warriors series, Romance is a strategic experience, where you find yourself managing both your armies, and your domestic responsibilities. Of course, it’s quite a niche experience, but it’s addictive if you get into it, and downloading it for the PSP would make it an especially good travel companion.

Shadow Man was not the best horror game on the PlayStation. It was, however, a chunky game with an interesting mythology and now largely forgotten. As we’re not likely to see the series return, it’d be fun to revisit the game’s unique vision of hell. Plus, my memory card died when I was just about finished the game, so I never got closure. I’m keen to give it another crack now. 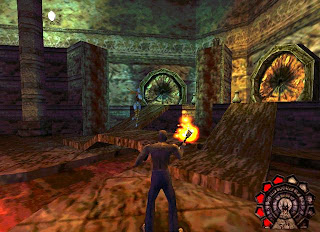 Silent Hill
Silent Hill was the best horror game on the PlayStation. If we’re being entirely honest, it was such a good game that its own sequels haven’t managed to better it. This 1999 title dripped atmosphere and remains creepy even now, unlike, say, Resident Evil, which has lost much of its raw horror over the years. Many modern Silent Hill fans won’t have had a chance to experience this game. The PSOne Classics shop would give them that chance. 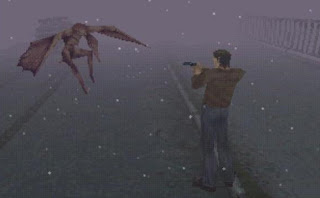 As a kid, I was a huge fan of this game. I also happened to be a fan of the original table top game of Warhammer, but this game captured the core essence of that game so well that I completed it multiple times. Then my PC died and I’ve never been able to play it since. The sequel (Warhammer: Dark Omen) isn’t as good, and without the PlayStation Mouse, the game would be hard to play anyway, but for the sake of pure nostalgia I’d love to see this pop up on the PlayStation Store. 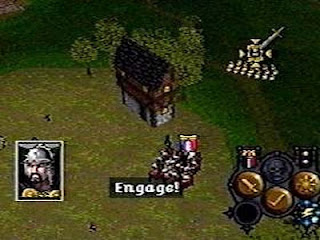 Are there any other PSOne games you’d like to play again? Why not sign up on our forums and say hi?

Please note: The Amazon Affiliate links above provide Digitally Downloaded with revenue. We thank you for your support!