Sony’s NGP is a controversial device, with opinions very divided on whether it can succeed in a world that will no doubt be dominated by the Nintendo 3DS, and faces increasing competition from the likes of the iPhone, iPad and Android devices.

As a gaming device, the NGP will be the most powerful of the lot, and dual analogue sticks will appeal to FPSer fans like nothing else. But the real reason the NGP will find a substantial niche in the market is ironically, the PSP Go. 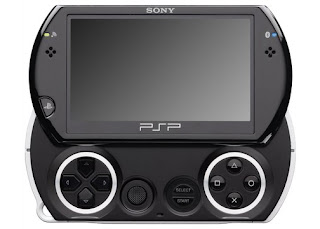 I say ironic, because the PSP Go was a market failure. But at the same time it showed a foresight and willingness to experiment that is only going to benefit Sony in the next generation – think of it as a form of market research (heck, Sony is willing to admit that’s what it is). That foresight was digitally downloadable content.

Remember, Sony is the same company that hedged bets with CDs, then Blu-Ray. In both cases and against the conventional wisdom of the time, Sony’s bet paid off. The PlayStation was a runaway hit, and Blu-Ray won the war against the HD-DVD format.

And with digital downloads, Sony isn’t alone in hedging this bet. Both Square Enix and EA have made their digital intentions quite clear, and last year industry veteran John Carmack was quoted as saying “it is the wave of the future of everything,” when talking about digital distribution.

Which is where the PSP Go fits in. It was a flawed format, given it was competing against the PSP itself – a console with cheaper, retail games in addition to the digital downloadable stuff. But the NGP will face no such cannibalisation, and Sony has already promised simultaneous digital and retail releases.

Given the NGP will also have access to the existing PSN – complete with comics and movie downloads – and I am personally betting a “PSTwo Classics” to be announced in time for the NGP release – there will be a lot of content available for download on the NGP, immediately solving the main problem people had with the PSPGo.

Sony will need to solve a number of other PSP Go problems come the NGP release – notably finding a balance with retailers that they will be happy to stock the console in the first place. It probably means that the digital downloads will have a price inflation to allow retail games to be price competitive, but that’s going to be the standard with digital downloads for the next few years, at least. It’s not going to stop the distribution method from gaining further traction.

Couple this with the increasing spread and spread of broadband throughout the world, and it looks certain that Sony expects people to store their game libraries on hard drives, rather than shelves.

It’s a stark contrast to the Nintendo 3DS with a console that, at this point in time, lacks even a basic online shop. While I’m certainly not saying the 3DS won’t be successful – it’s a good console and it will eventually get that digital distribution portal, one can’t help but wonder if this is another case of Nintendo’s stubbornness getting in the way of predicting the future direction of the industry. After all, it took Nintendo the last two generations of relative failures to realise what the modern gamer wants.

We’d like to hear what you think! Jump on over to our forums to have your say!
Share this