Cricket games on the iPad and iPhone haven’t been greatly effective in recapturing the sport. Perhaps Cricket Captain 2010 can rectify this. 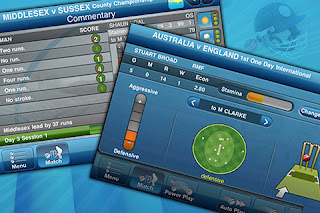 Cricket Captain is not a sports game, as such. Like those soccer premier management games, With Cricket Captain you’ll take any team from , Australian Domestic, or test playing International leagues, and build them into a dominating force.
You’ll be responsible for the coaching and trading of players. The game will track a host of stats over all three major forms of the game – 20Twenty, One Day, and Test Cricket.
From developers Four Door Lemon, the iPhone version is already available, with the iPad version due soon. Stat aficionados should love this one.
Share this