You might not have heard of French developer, Swing Swing Submarine, but it is a developer with some seriously lofty ambitions – to combine Minecraft, Tetris and Boulder Dash into one single game. 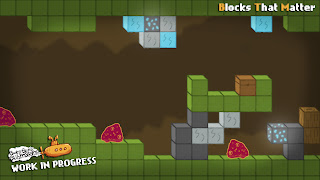 Blocks That Matter is a puzzle platformer due for release in April on XBL Indie Channel, and then PC, Mac and Linux soon after.

In the game you’ll play a little robot that can drill blocks of matter, collect them, and recycle them to create new objects.

Will the game achieve those ambitions? We’ll have to wait until April to find out, but the game looks charming enough on the surface. One to watch for people who enjoy retro-style games.