One of the exciting features to come with the 3DS is the future implementation of virtual console – allowing people to relive the early days of handheld gaming with Game Boy and Game Boy Color downloads, at a price that should be relatively cheap.
While there are some obvious must haves (Super Mario Land, Zelda: Link’s Awakening), there was a lot of third party Game Boy games that have been all but lost to time. Below is a range of Game Boy games that we would just love to see revived on the Virtual Console.
Snow Brothers Jr
Yes, it was kinda like Bubble Bobble (Ok, it was a *lot* like Bubble Bobble), but Snow Brothers Jr was a great game nonetheless. The music was charming, the characters were cute, the difficulty level spiked often.
While the presentation wasn’t quite as slick as an A-grade game, Snow Brothers Jr was the kind of game you could lose many hours in.

Dragon’s Lair
Dragon’s Lair on the Game Boy wasn’t actually Dragon’s Lair. It was Roller Coaster with a new skin. This in itself is amusing – while the developers went to some effort to try and give the game a medieval appearance, the various traps and obstacles throughout the game were clearly fairground rides.
But finishing this game was a challenge, and there was a degree of non-linerarity about it which made Dragon’s Lair quite a fun game to explore. Weird, but in a strange way, a classic. 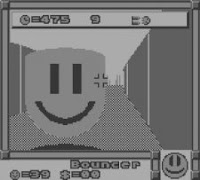 Harvest Moon
Harvest Moon is on just about every platform known to man, and no doubt a 3D version will come to the 3DS at some point. But the thing about Harvest Moon is it’s actually a lot of fun to go back to the series’ early days. On the Wii Virtual Console, the SNES Harvest Moon is a worthy download, and the same would be true for the Gameboy first release.
Farming, dating and getting rich – it’s a formulae that might well never die, because this series is endlessly charming and playful.

Q*Bert
There’s a strong case to say that Q*Bert was up there with Tetris as the most addictive Game Boy game. An arcade classic that has all-but disappeared as the years have worn on, Q*Bert has you jumping from box to box, changing the colour and avoiding the enemies.
Change all the boxes over to one colour, and it’s level complete. On the Game Boy the raw arcade game suffered somewhat from a limited viewing window, but other than that, trying to beat your last best score caused a serious case of the ‘just one more time.’ 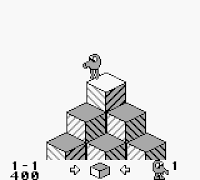 By today’s standards, this game is probably woeful, but the sheer nostalgia has us wanting to play it one more time. It’s essentially a 2D platformer, where you’re on a skateboard.
We don’t remember a whole lot about the game, other than that we literally played it to death, but we’re guessing to play it now means to struggle with sticky controls artificially inflating the difficulty levels, and a very short playing length.
But still, part of the point of the Virtual Console is nostalgia, right?

Final Fantasy 1 & 2 headed to PSN – should anyone care?