Award winning (and all kinds of weird) platformer, Poto and Cabenga, is headed to iOS devices and will cost just $US0.99 to try. 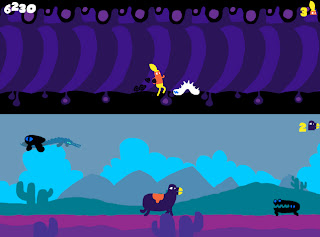 Originally developed in a collaboration between artist, Richard Hogg, and indie developer Honeyslug, the game was originally developed for the Gamma 4 one-button competition.
It’s free to play online now (the Website has had over a million hits), but the iPhone version does include a neverending mode.
It’s weird looking, but the game is simple in execution – get Poto and Cabenga to reunite. Tap the screen, and Poto jumps over the obstacles. Release the screen and Cabenga does. 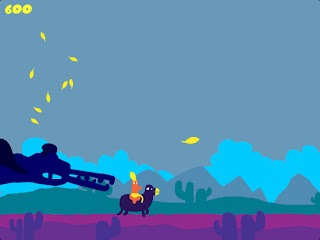