The main selling point of Nintendo’s new 3DS console is the 3D effect, but people might want to be careful before mixing 3D gaming and drinking. 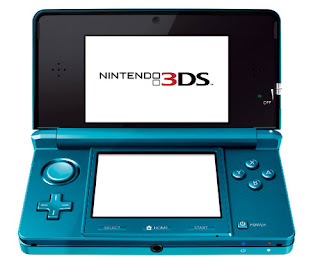 Like the other launch events that have occured through the world beforehand, Nintendo “launched” the 3DS in Australia tonight (March 31 release, $AU350 for those interested). As a good, investigative journalist, I went along to sample the fine games and finer alcohol that was on offer at such an event.

And I must stress fine. Like almost everyone else who has sampled the 3DS, it really is all that – I was wowed. The hardware is gorgeous and solid (although I worry about whether the L and R buttons, which seem to come from the same clicky stock as the DSi, are as flimsy and prone to breaking). The games look absolutely stunning in 3D. Even games you wouldn’t expect – at one point in time I was playing Puzzle Bobble – as 2D as games get – but finding myself impressed that the 3D visual effect, which really is little more than a gimmick in this case, made the game feel somehow fresh to play again.

What was concerning, however, was how ill I started to feel as the beer started to have an impact. I’ve seen 3D movies without affect before, and in the early stages the 3DS was fine on my eyes even on the highest 3D setting, but as the night wore on a real sense of motion sickness started to kick in.

That sense left when I stopped playing the 3DS, so it’s difficult to claim it was the cheap Indian food court lunch I had, instant coffee, or the cheap hot dogs that were being served at the event (just as well I don’t smoke, or I would fulfil the journalistic trifecta – bad drinking, eating and smoking habits). The effect was most pronounced with the more action-packed games, like Kid Icarus or Monkey Ball (the latter made me feel really ill).

Without being a doctor or scientist, I would suggest that the effect that alcohol has to numb the senses, coupled with the additional information that the brain needs to take in for the kind of intense 3D of the 3DS, is a bad combination for motion sickness and general well-being.

3D movies haven’t had the same impact on me in the past, but then, 3D movies also aren’t nearly as “deep” or vibrant as the 3DS’ 3D effect.

I loved every moment of the 3DS while I was playing it, even when I felt quite ill, and my 3DS preorder stands. I worry though that the drinking + gaming passtime – which let’s face it is a great way to spend a Saturday evening – wont gel so well with the 3DS hardware.

And it might well be that something I ate didn’t agree with my stomach, or I just had a bad day, but it only seems reasonable to warn people that 3D might be a bit much if you’re also drinking.

It’s probably something we’ll have to wait for the release day – and for people to actually start using the console at home – to know for sure if I’m an isolated case or if it is genuinely a problem, but in the meantime, be aware that that champaigne celebration you planned for 3DS launch day might not turn out quite as planned.