Atelier Ryza 3: Alchemist of the End & the Secret Key has been delayed

I’ve got some sad news, Atelier series fans – the launch of Atelier Ryza 3: Alchemist of the End & the Secret Key has been delayed. Originally planned to be launched on February 22 in Japan and February 24 elsewhere, it will now be released a month later everywhere. The game is Ryza’s final, and follows her and her friends as the investigate a group of mysterious islands that suddenly appeared. It features 11 party members, with characters both new and old. 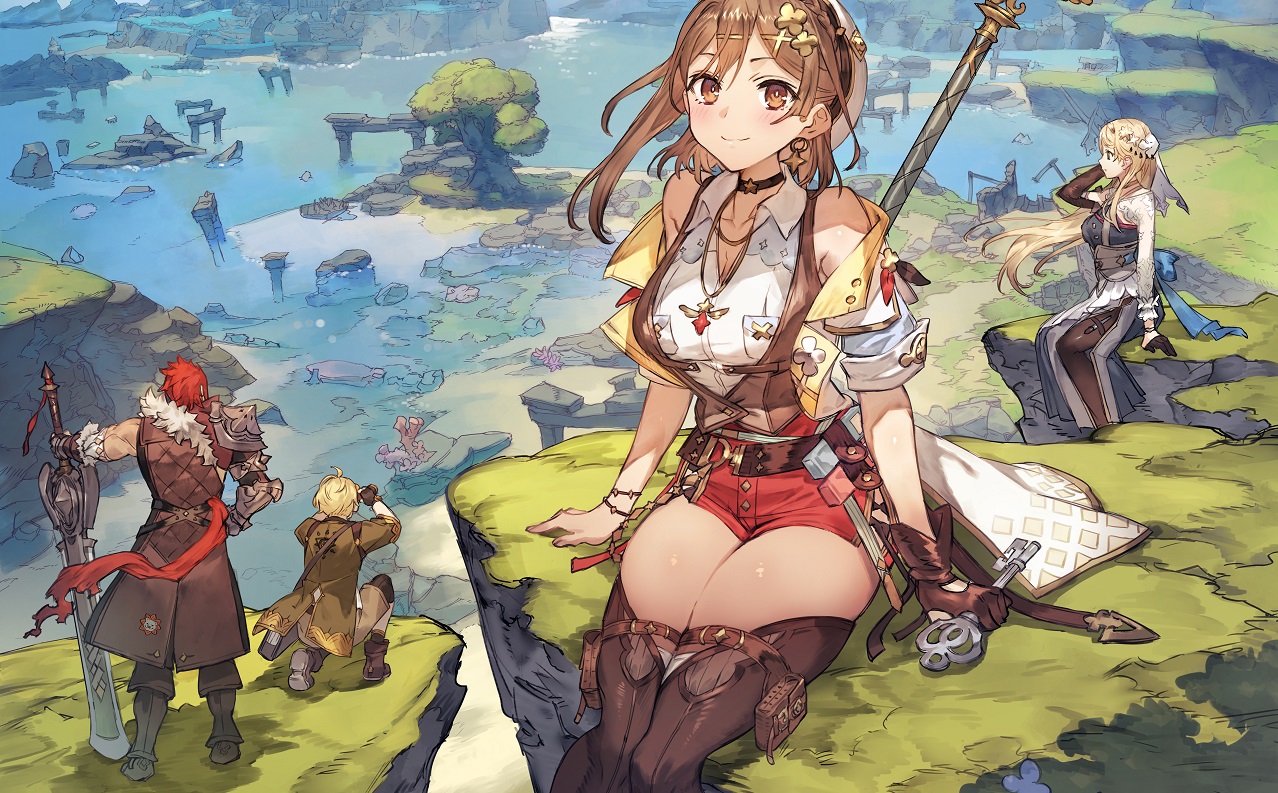 On Twitter, producer Junzo Hosoi made a statement on the delay. It reads, in part: “In order to make this game a fitting finale for Ryza and her friends, we have taken on challenges such as adventuring in a vast open field and graphics that express the charm of these characters to the fullest extent. Our team will take this additional time to fine-tune the final touches so that we can deliver to all of you who have been following the series for the best possible experience in this culmination of Ryza and her friends’ adventures.” You can read the entire message here.

Developed by Gust and published by Koei Tecmo, Atelier Ryza 3: Alchemist of the End & the Secret Key will be released for PC via Steam, PlayStation 5, PlayStation 4, and Nintendo Switch on March 23 in Japan and March 24 everywhere else.

Matt has already written about Dokapon Kingdom: Connect twice already this week, once when it was announced and one when a Japanese trailer dropped. At that point, game was announced for release in Japan on April 23 (published by Compile Heart). Well, now we have confirmation that the game will be coming west in Q3 (“summer”) of this year, published by Idea Factory International. There’s even a new, English-language trailer.


The game is best described as a hybrid RPG/digital board game. In Dokapon Kingdom, everyone loves money. One day, monsters appear and begin attacking towns. The economy collapses, and taxes weren’t being paid… so the King takes action! He gathers the bravest warriors to rescue the towns, so he can make bank one more. Whoever collects the most shall be “awarded” the Princess’ hand in marriage and the thrown. The game was originally released for PlayStation 2 and Wii, and involves spinning a roulette then defeating anything in your way.

Developed by Sting and published by Idea Factory International, Dokapon Kingdom: Connect will be released physically and digitally in North America and Europe for Nintendo Switch later this year.

Turn-based tactical RPG Vanaris Tactics was released for PC mid-2022; it’s now been announced that the fantasy title will also be coming to consoles. The game tells the story of a group of refugees fleeing from their motherland, seeking freedom outside of Vanaris. Here is the game’s PC release date announcement trailer from last year:


Morgana, her brother Nigel, and her nephew Adrien are fleeing their home. They will discover the vast land of Vanaris and meet others on the same path while leaving everything behind to escape their oppressors. The game plays like a standard turn-based RPG, complete with gainable abilities, various weapons, and a variety of accessories. It features 15 unique story encounters and hand-crafted in-game cutscenes, optional battles, and boss fights.

Developed by Matheus Reis, and published by Chorus Worldwide and Toge Productions, Vanaris Tactics will be released for Nintendo Switch, Xbox Series, and Xbox One “soon.” It is currently available for PC via Steam.

The developed of Behind the Frame: The Finest Scenery has announced narrative puzzle game The Star Names EOS. The game’s description starts with a quote: “Follow the stars, you will find the place where the future and the past meet. A place we called home.” The game is about photography and how we can capture fleeting moments. Players will solve puzzles to uncover the truth of a family mystery while recreating photos to step back in time.


Dei is a young photographer trying to find his missing mother, tracing her steps. She was often travelling, and Mei can only imagine what his mother did through the photos and letters she sent him as a child. He notices something strange in one of the photos, and this one thing challenges everything Dei has always believed. Now it time for him to try and find out the truth behind his mother’s disappearance. The game features an array of intermediate puzzles that are meant to challenge the player.

Developed and published by Silver Lining Studio, The Star Named EOS demo will be available for PC via Steam on February 6. A release date and other platforms have not yet been announced.

Modern classic Japanese board game, Machi Koro, is finally getting a digital edition