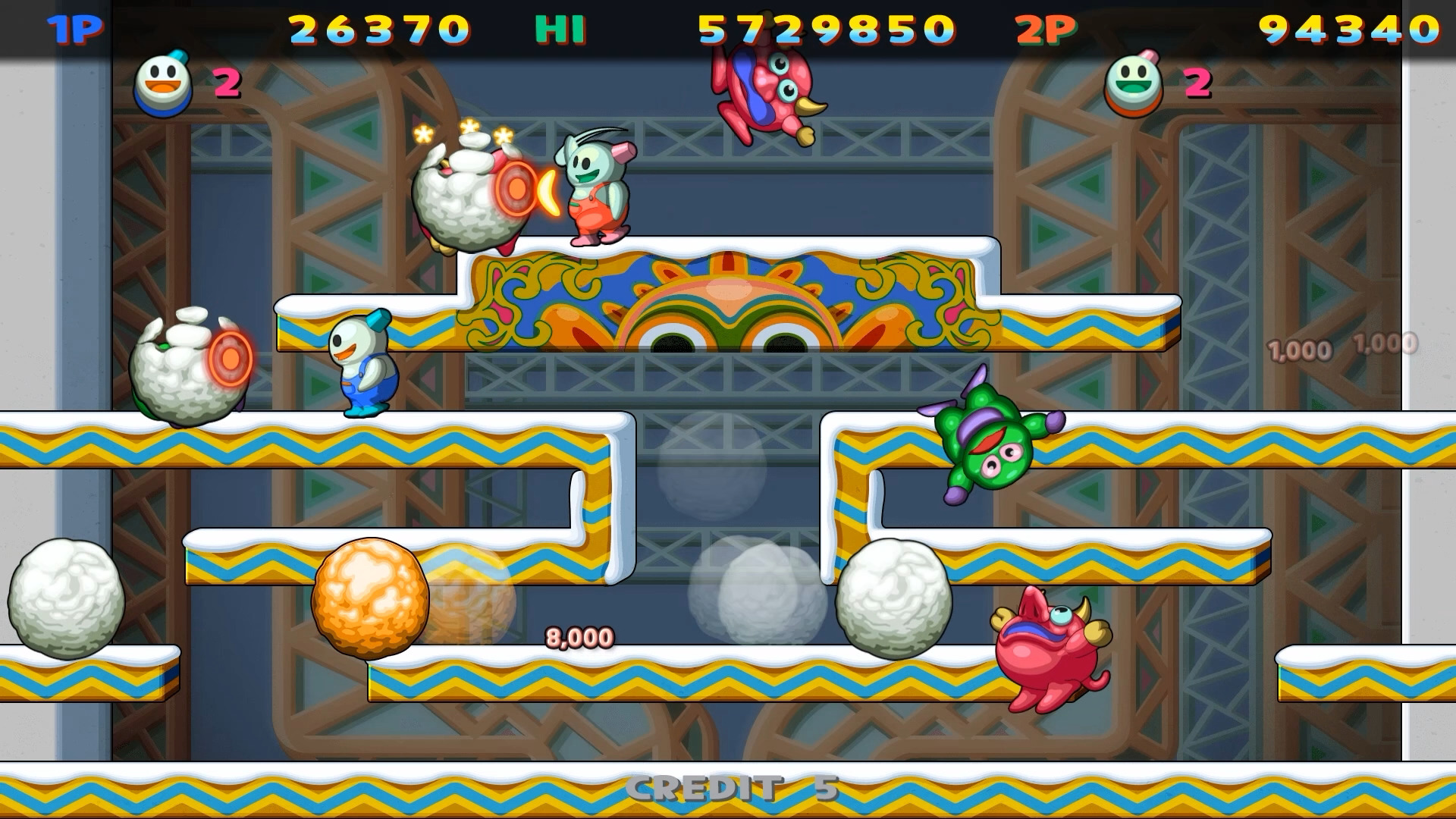 If you live north of the equator, then a white Christmas is a distinct possibility or, if not, at least a chilly Christmas. That’s not something we ever have to look forward to in Australia (though we’re having an incredible pre-Christmas cold snap this year), but we still get all the carols and movies that do the white Christmas deal, so we all learn to see the magic in it.

Anyway, Snow Bros. doesn’t take place at Christmas time, but it does involve snow and turning enemies into snowballs, so that’s pretty Christmassy in our books! The game is an update of a classic arcade game (and I’ve said on many occasions how much I loved the Game Boy version of that), and it’s a minor miracle that it happened at all, since the publisher has long been bankrupt. It’s like Santa himself gave it to us. Never turn down a miracle from Santa! Play this (and be sure to give the multiplayer a whirl – like all old arcade games, it’s gold!)

Process of Elimination is coming west in April 2023

We have a new character trailer for Octopath Traveler II!