Here’s the first look at The Super Mario Bros. Movie

It’s not much of an exaggeration to say you’ve been living under a rock if you haven’t seen or at least heart of the Nintendo Direct this week that released the first trailer for The Super Mario Bros. Movie. We all knew that Mario’s butt was flat, but what about the voice? Can Chris Pratt REALLY do Mario? Well, shockingly, the answer is no. It’s just Pratt sounding like everyday Pratt. He really is the Worst Chris.

The Super Mario Bros. Movie will be released in theatres on April 7, 2023 in North America and April 28 in Japan.

Announced this week, Whalien: Unexpected Guests follows Ernest Hemingwhale as he sets out to discover why Fin, the mechanical whale in which he lives, is plagued by slimy, mischievous Squiddies. Our hero Ernest is a bit clumsy, but his heart is where he shines. He speaks with Fun using a phonebook and profile pictures. There are more guests than just Squiddies, though, as Springpeople have also appeared; while they seem helpful, what are they actually up to!


Ernest is the last person living inside Fin, and when the Squiddies show up Fin asks for his help. Ernest will journey through the whale, trying to rid it of its unfortunate guests. He’ll use his Gloves to push and pull all sorts of objects and elements, and his pearls (Mr. Push and Mrs. Pull) to manipulate objects at a distance. Everything in the game is built around this push-pull mechanic.

Developed by Forbidden Folds, Whalien: Unexpected Guests will be released for PC via Steam. No release date/window has been announced.

I briefly though I had lost my mind when it was announced that Persona was coming to Switch; it was a long time coming! Persona 5 Royal was already announced to be released for PC via Steam/Microsoft, PlayStation 5, Nintendo Switch, Xbox Series, and Xbox One on October 21 (it is already available on PlayStation 4). But now we also know when to expect Persona 3 Portable and Persona 4 Golden to launch. 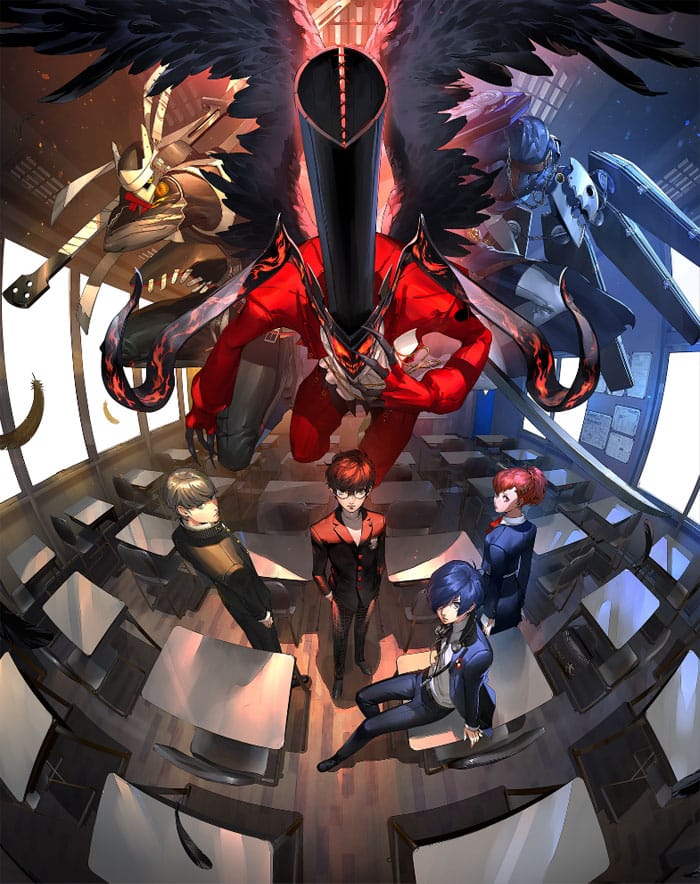 Originally released for PlayStation 2 in 2006-2007 (depending on territory), Persona 3 was abridged into Persona 3 Portable releases in 2009-2011; this version includes the ability to play as a female protagonist, new story elements, new music, and a new interface. Persona 4 was first released in 2008-2009, also for PlayStation 2. Persona 4 Golden is an enhanced version of this game. Persona 4 is perhaps the most well-known in the series, spawning two anime adaptations (one for the original game and one for Golden), two fighting games, and a rhythm game.

Ready for some bullet hell action? It all starts with some black water gushing out of the ground. Very stinky black water. Water not meant for use. Some people see it as good fortune, others as misfortune. Some people see it as holy, some as evil, some as a calamity, and some as a means of financial prosperity. Then an incident occurred, one that sent a chill down the spines of those who though the black water was a good thing. Black water begins to show up elsewhere…


Players control the heroes as they pursue the mystery, overcoming enemies standing in their way. They’ll turn the thick barrage of bullets into water, then use that to unleash powerful attacks. This game is hard, let’s be honest. You’re basically set up to fail, at least until you learn the ins and outs of each level. The Nintendo Switch version of the game includes a new story, a new challenge mode, and a new easy mode.

Developed by Twilight Frontier and published by Phoenixx, Touhou Gouyoku Ibun: Suibotsushita Chinshuu Jigoku will be released for Nintendo Switch on October 20. It originally launched for PC almost exactly a year ago, in October 2021.