The remake of Sherlock Holmes: The Awakened will launch in February 2023

I first wrote about the remake of Sherlock Holmes: The Awakened when it was announced, and again a week later when the first trailer dropped. Fun fact: Jason reviewed the original game for DDNet waaaay back in 2013 – you can read that review here. The remake is to make the game fit with Sherlock Holmes: Chapter One, and to add the action elements that have been common in the series lately (to its detriment, in my opinion, but that’s another story). We knew it would launch early next year, but now the target launch date has been narrowed down to February 2023. 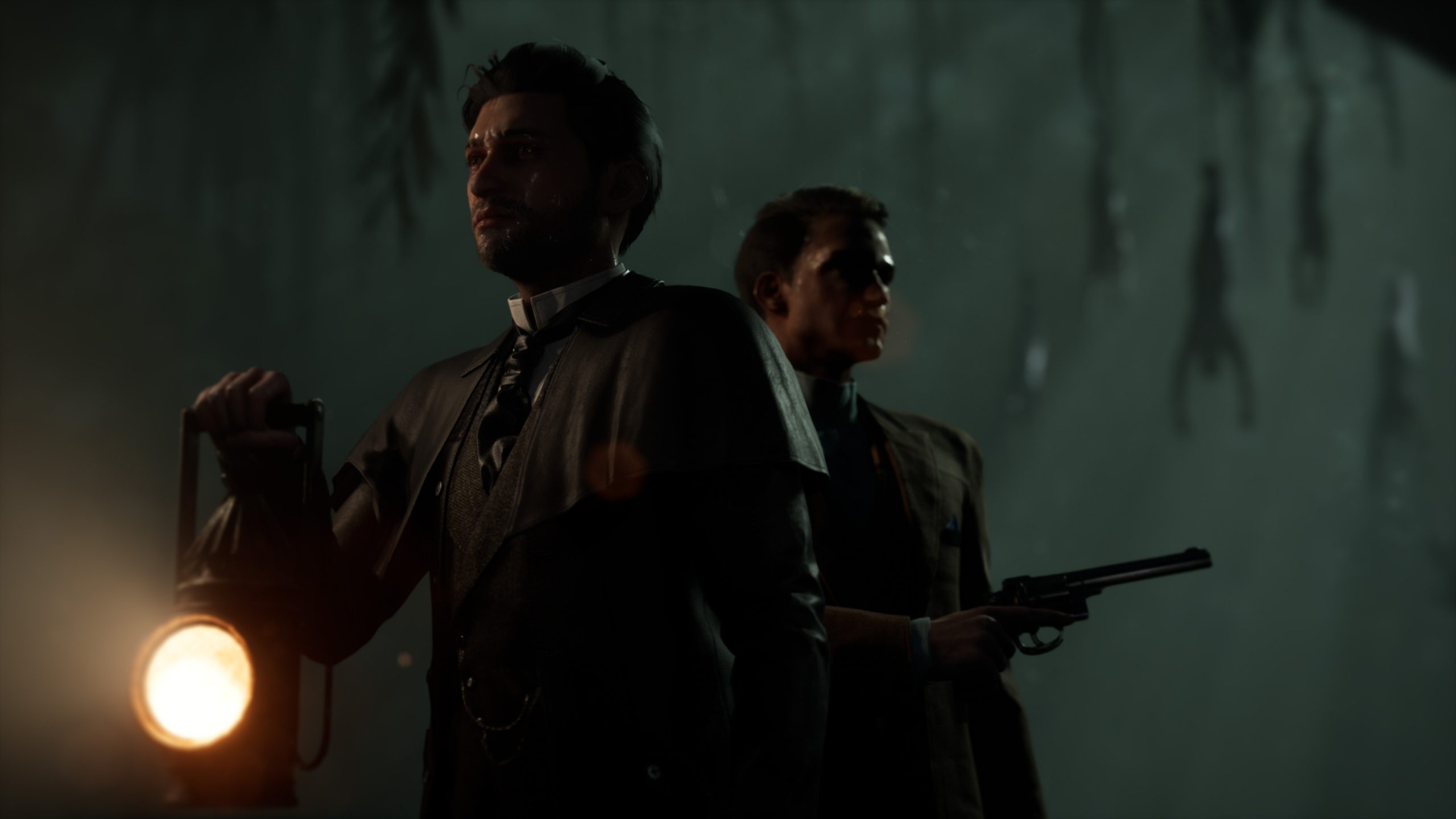 Become Sherlock Holmes and experience of Lovecraftian adventure putting him at the heart of the Cthulhu Mythos while he investigates disappearances in Europe and the United States. The disappearances are linked to a dark cult that worships and Ancient God (bet you can figure out which one). Sherlock is a man of rationale and reason, but for the first time… he’s afraid. He’s afraid because he’s facing an entity that defies all logic. The truth pushes him to the edge of madness, and as such this is the only story that Watson never publishes.

Developed and published by Frogwares, Sherlock Holmes: The Awakened will be released for PC via Steam, PlayStation 5, PlayStation 4, Nintendo Switch, Xbox Series, and Xbox One in February 2023.

The Outbound Ghost is super adorable. It’s about a ghost who helps others ascend to the afterlife. The adventure RPG is set to be released this week for PC, while console versions are expected in the coming months (more details below). The town of Outbound is a literal ghost town, a home for troubled spooks with unresolved earthly issues. As a result, they’re condemned to haunt their old haunts (ha).


Ghosts are the embodiment of regret. They are people who have died unhappy with their lives on Earth, and as such have to haunt the places they frequented in attempt to right their wrongs. In the game, the players are tasked with helping others either fix or come to terms with their past lives so they can finally enjoy eternal bliss. In battle, unlock figments of past personality (for example, Regret and Jealousy) and use them as party members in turn-based combat.

Black Witchcraft is delayed by a few weeks

Side-scrolling gothic action RPG (what a mouthful!) Black Witchcraft was originally set for release on September 8, but that’s now been delayed for further quality improvements. Players take on the role of Ligeia, who has a complicated background. The House of Usher were the last witch hunters. Powerful witch Lenore had been sealed away, but Roderick Usher went insane as he fell to Lenore’s power. He had no mercy for anyone, including his sister Madeline. She was about to die when she was led away by the Raven to the Great Witch Legeia, who possesses the power of Black Witchcraft.


The witch of legend has awoken from her slumber, and it set to slaughter her enemies with her demonic powers. Only Ligeia can infiltrate the Haunted House, guarded by demons summoned by Roderick. To prevent Lenore from being resurrected, Roderick’s madness must end. Save various characters from danger while unravelling the mystery of the Haunted House with their help. Players will gain trait points to learn new magic skills, collect Stigma to refine their combat style, and level up by destroying demons.

Sabu returns in this trailer for River City Girls 2

There’s a new trailer for River City Girls 2, and it’s a good one! It features the game’s villains as well as its four-player co-op. We see the return of series villain Sabu and other villains (Sabuko and Ken) in addition to getting a look at playable characters, some combat, voiceovers, and the world. All that in less than two minutes! Take a look:


Crime lord Sabu has broken out of prison to avenge his daughter Sabuko’s defeat in the first River City Girls. He gains control of the city and makes like miserable for our heroines, kicking them out of school and making the town a lawless battle one. Misako and Kyoko will have to fight back, of course, but more importantly they must get across town to buy the latest hit video game. Up to four players can taken control of Misaki, Kyoko, Kunio, Riki, Provie, and Marian. There are new weapons, like a saxophone and sofa (a sofa!), and new elemental attacks.