On the one hand, this game’s going to be pretty trashy. When the story throws in background like “Maiden City faces the fury of a secret organization called ‘The Liberators’, which wishes to remove the individual freedoms of citizens through chaos and violence. They intend to first create the problem so they can then offer the solution,” you just know the developer saw the whole ACAB thing and got really, really mad about it.

On the other hand, it does look like a pretty good brawler, and the cops certainly are sexy. Also they’re just a “private law enforcement corporation,” so really you can imagine the game is called “Maiden Shopping Mall Security Guard,” and that’s a little less bad (even if it’s only a little). Anyhow, political discussion aside, this will be a full-featured Double Dragon-like brawler with double-D assets, and three characters, each with their own play style. The Itch.io release is a demo with the full game coming later. We’re loving the resurgence that the brawler genre has had in recent years, and it’s good to see the indies embracing that too.

Lykia is one absolutely gorgeous-looking retro-style game. Designed for the C64 and expanded C16 + Plus/4, this game is so big in scope that it spans four disc-sides. While we’re talking about very little memory by today’s standards, a four-disc game back then would have blown people’s minds, just like other multi-disc games like Risen or Final Fantasy VII did in their time.

This game (which can be loaded via emulator or the C64 Mini if you lack the original hardware), is a  top-down, vaguely Zelda-like adventure game with expansive scope. There are dozens and dozens of characters to meet, full day/night cycles and a massive map to explore, combined with some gorgeous pixel aesthetics to make for an absorbing, magic-filled adventure. The developers are even producing a physical edition of this one, so it truly is a deluxe retro effort.

One of the popular indie genres in recent years has been physics-based platformers/puzzle game. This can either be infuriating or delightfully funny, but the basic concept of them is that you’re in control of something that is fundamentally difficult to control, somehow, and need to help that thing get to the end of a relatively short level by navigating them through a series of traps while also struggling with the physics of the character’s movement. It’s often a recipe for disaster, but when done well it can be a compelling challenge.

A Balanced Brew brings that experience to the Playdate console. In this one you need to get your unicycle-riding dude from his home to his barista, because you just can’t function without your morning coffee. Why he’s on a unicycle, who knows, but you better make sure he doesn’t fall off. Oh, and the game was developed in Melbourne, which, if you’ve ever been to Melbourne, makes absolute sense. This is a very Melbourne game. It unlocks in 12 days, will feature 40 levels, and is yet another example of a developer that has seen the 1-bit aesthetic of the Playdate and seen that as an opportunity to make something gorgeous, rather than a restriction.

The Tale Of Aisha Qandisha

One of the things that has consistently disappointed me about video games is the fact that the medium hasn’t been used to explore “world games” as much as it should. Yes, there is the occasional title, but with few exceptions outside of America, Japan and Europe, developers work to create games that are culturally nondescript, rather than a reflection of their culture. 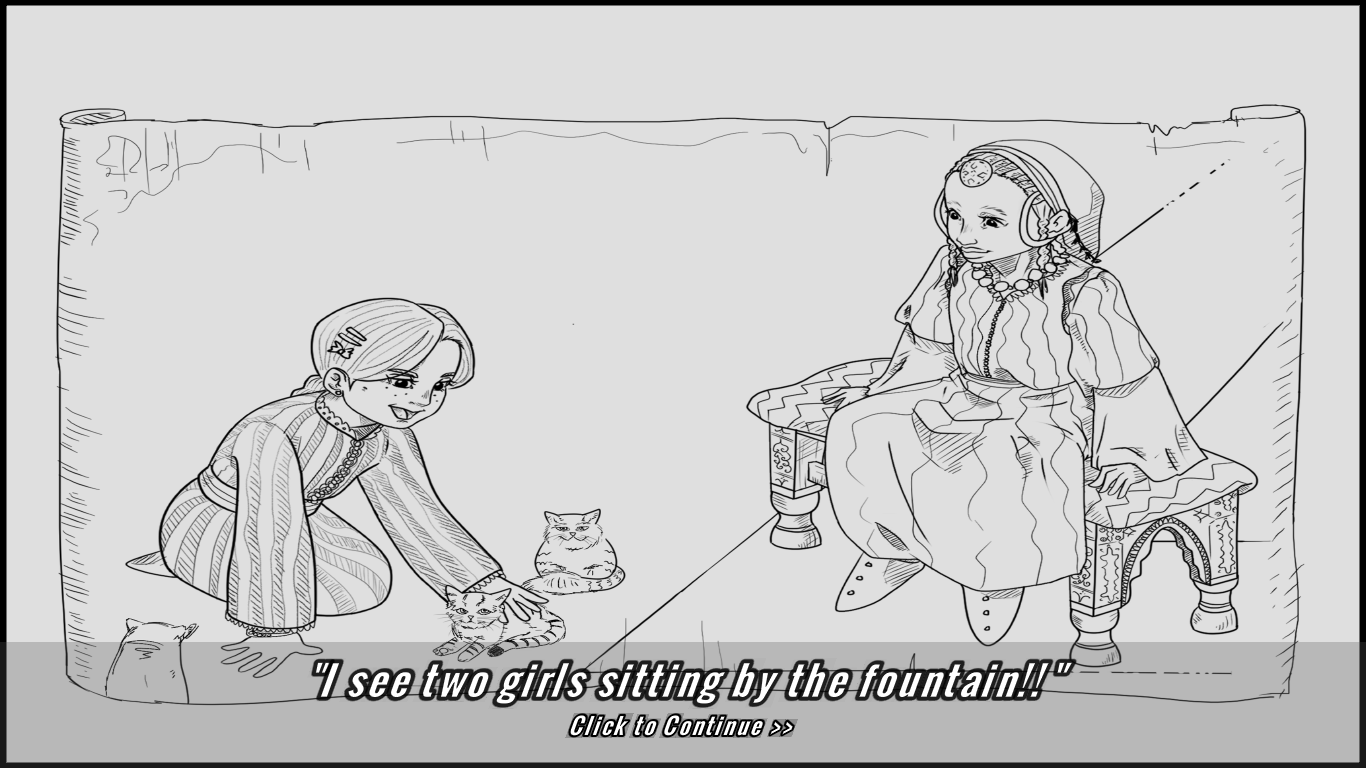 That’s why I’m so excited by The Tale of Aisha Qandisha. It’s in a very early stage right now (the art isn’t even in colour, though the developer plans on having colour art eventually), but this game aims to be a very authentic retelling of stories from North African and Moroccan folklore. They’re even preserving the language (Darija) for titles of items that you’ll see along the way, and providing explanations so non-natives can follow along. At the moment all you’ll be doing is talking to NPCs and helping them with various tasks, but there will be puzzles and more to come in updates and, as this is one of the first Moroccan games (if not the very first – I’ve never encountered one before), this is worth keeping on the radar just to see how it turns out.

I’m all about retro graphics lately, especially ones that remind…

There was a statement floating around social media on the…