There are a couple of different ways that you can approach an apocalypse in art. In most cases, artists depict desperately grim stuff, and that approach makes sense given that in these stories humanity is close to (or experiencing) extinction and mere survival in a harsh, traumatic world is a lucky day. With our species’ collective disinterest in doing anything meaningful about climate change in real life, apocalypses are also an ever-more frightening prediction for our futures, and depicting them as miserable and horrific is only natural.

But there’s another way to look at the apocalypse. One that even offers the opportunity to use the setting to express a kind of joy and empowerment, however rarely do creatives take advantage of that opportunity. Wynn Gerald Hamonic summarised this approach nicely in an essay on the subject, titled Global Catastrophe in Motion Pictures as Meaning and Message: “Cinema with plots of global devastation is ideally suited for ‘equipment for living’ messages. Many apocalyptic films provide audiences with the message: ‘you can survive the impending cataclysm, and here’s how’”. That essay is obviously about film, but the point stands even more strongly with games, since not only does the medium allow for a pathway to survive the apocalypse, but it allows players to personally take control of that pathway. What that essay is highlighting is that as grim as the apocalypse is, there is a perspective that would allow you to see it as an empowering, even joyful experience. Metal Max Xeno Reborn is a case-in-point for that philosophy.

I didn’t get a chance to play the original Metal Max Xeno for more than a few minutes. A copy of the game arrived just days before I went on a trip to Japan for Tokyo Game Show (where I would interview someone from developer/publisher, Kadokawa Games, about it) followed by a holiday, and by the time I got back to Australia the game was well out of the review window. I was always intrigued by it though, and glad I’ve had an excuse to play it this time around. I understand that the “Reborn” in the title refers to a game that has been substantially remade to address criticism of the original release, but here I’ve had the opportunity to look at it with fresh eyes, as such. 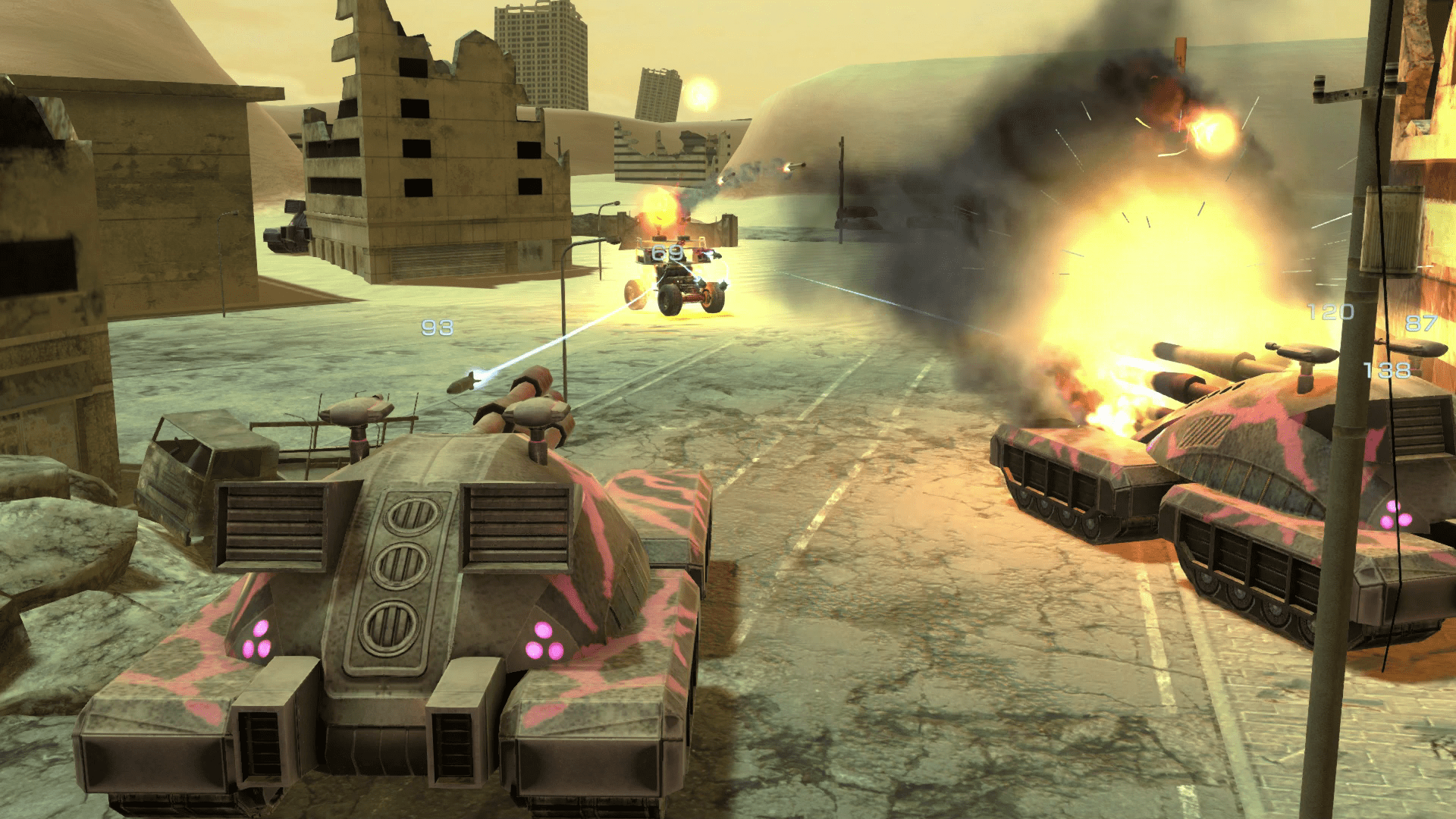 I like what I see. Metal Max Xeno isn’t entirely light and bubbly – humanity is on the brink of extinction and you’re pretty much the only hope to push back. There’s a percentage meter that represents how close humanity is to extinction, and it starts at 99 per cent, with the goal being to reduce that number by defeating enemies. However, while it might not be a teehee good time, it is very light, with a roster of characters that are eclectic as you’d expect from an anime-themed game. Yes, there are also female characters that seem to have lost most of their clothes at some point during the apocalypse (though the original game’s art was done by a hentai artist, so I’m assuming that things have been dialled back a little for this one). There’s even a doggo that runs around with a gun on his back and likes to bowwow at the mean enemy tanks. Xeno has its heavier themes, but you’re not meant to let this grand adventure get you or your heroes down.

You’ll feel pretty empowered in your quest because you’ll spend most of the game driving a monster of a tank. Xeno has an interesting combat system, in that, if enemies haven’t spotted you just yet, you can fire away at them and potentially destroy them before they can take a swipe at you and without entering the combat system. However, if they do spot you and catch you before you’ve had the chance to destroy them, you enter into a traditional ATB-style turn-based combat system. This combat system is enhanced by the machines you drive, since tanks can be upgraded with all kinds of weaponry and armoury. In a neat twist, the heavier you load the tank up, the less “health” it will have, creating a tradeoff mechanic that will encourage you to spend a lot of time tinkering.

It’s not all combat between metal hulks, though. There will be times that you’re not able to drive your tank somewhere, at which point you’ll need to disembark and head down rabbit holes into dungeons or otherwise tight spaces. These bits play much the same as the tank bits, but you’ll feel oddly more vulnerable without the layers of metal around your hero. The dungeons that you explore aren’t exactly masterpieces of level design, but the juxtaposition between their tight corridors and/or confined spaces, and the big areas for tank battles, is a nice effort at variety. 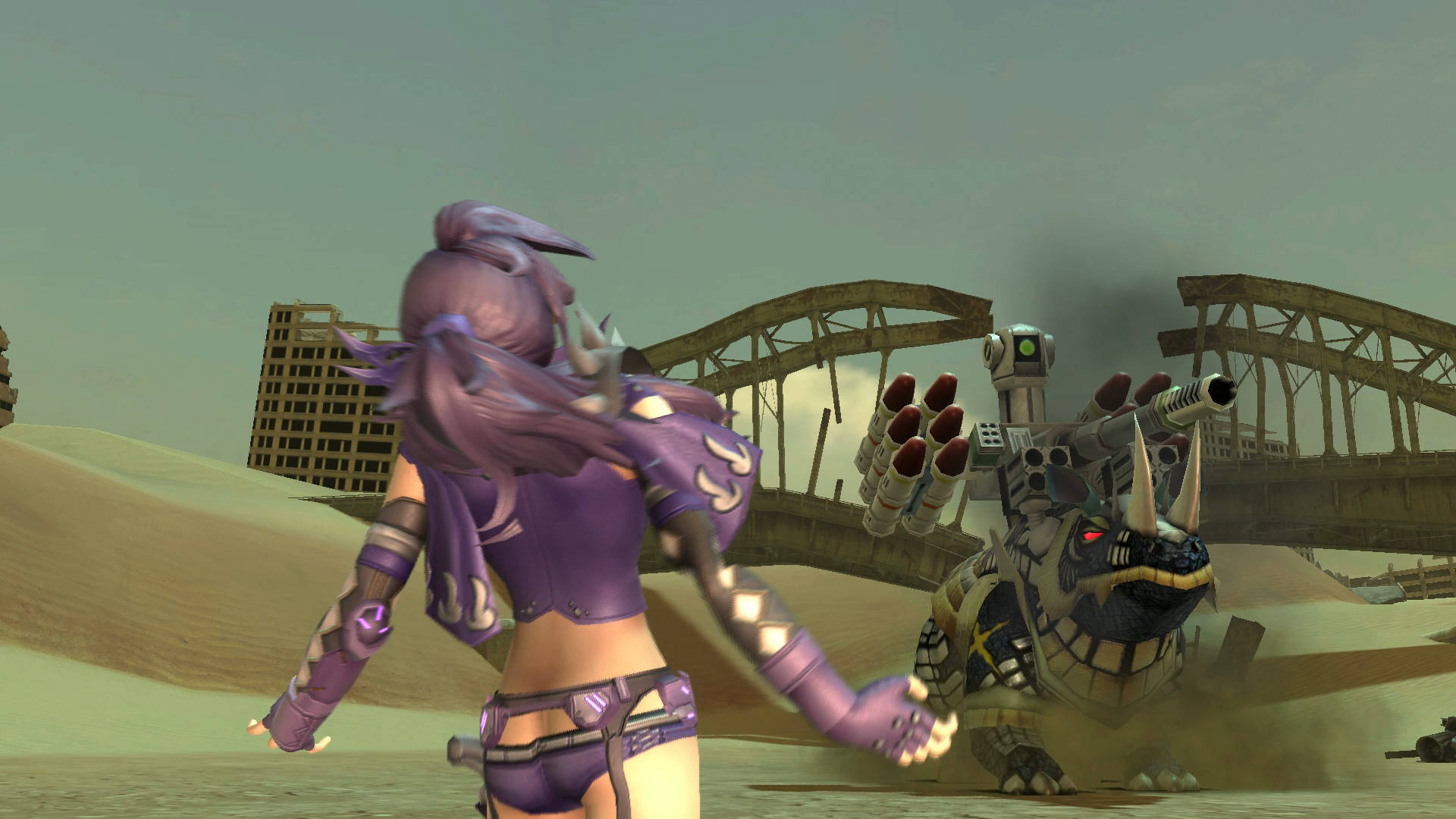 The best way I can describe the world and adventure of Metal Max Xeno is “Xenoblade Chronicles-like”, in that the adventure is largely linear, the world is open, and dotted about the place are hulking beast-robot boss things that you’ll either want to defeat or need to, but can also often be avoided (at least at first) if you’re not quite ready to take them on. For a generally barren world, it is interesting to see what is next in store for you, and while exploring spaces in Xeno doesn’t have the same sense of reward that you get from Xenoblade Chronicles (not even close), it is still an enjoyable world to roll around in.

You Just won’t be making progress as quickly as you might like, though. This is particularly true in the early stages of the game. Metal Max Xeno is a challenging and punishing game that is more than willing to let your tank be decimated if you’re careless. It’s not old school about the difficulty, in the sense that it’s not masochistic: it’s easy to warp around the parts of the world you’ve discovered, escape from battle is easy, and the punishment for wading into a battle you’re not prepared for isn’t so substantial. However, it is, on a very basic level, a difficult game that will ask you to do a lot of experience grinding and throw regular difficulty spikes at you. After a while, it settles into a slow but methodical rhythm (just like a tank!) but at first, when you’re told to trek across the wasteland to look for survivors (knowing that that’s where you’ll get new members for your party and get out of the “tutorial” part of the experience), the drag is not the best introduction to the game.

Once you push through the initial slog, Metal Max Xeno Reborn is a truly entertaining take on the apocalypse. The mixture of tank modifications and turn-based combat using those vehicles is something different for JRPGs, and it’s nice to have a game that acts as a foil to the aggressively dark apocalypses that plague this industry.